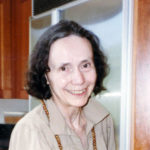 Sarah Doering (1926-2018) passed away in a hospice setting in Amherst, Massachusetts on the morning of November 16, 2018. She was 92 years old. She was a great benefactor of Insight Meditation Society, Barre Center for Buddhist Studies, and the Forest Refuge, all in Barre, Mass; Cambridge Insight Meditation Center in Cambridge, MA; and Spirit Rock Meditation Center in California. All of these recipients of Sarah Doering’s generosity reflected her lifelong interest in the practice of vipassana (insight) meditation in the Buddhist tradition.

The earliest model of a Buddhist community was defined by the generosity of Anathapindika, a wealthy merchant and banker in the city of Savatthi (Shravasti) in ancient India who became a follower of the Buddha, and bought a large piece of forested land for use by the Buddha and his disciples during the rainy seasons. Anathapindika himself became a disciplined practitioner of meditation and is considered the chief lay disciple of the Buddha, even while remaining a householder.

In many ways, Sarah Doering lived the life of a Anathapindika in our own time, paralleling the magnificent generosity and personal commitment to meditation practice embodied by her ancient predecessor. Her generosity made it possible for many Buddhist meditation centers to have a stable financial base from which to offer meditation retreats and life-transforming opportunities to tens of thousands of people from all over the world.

Sarah started her Buddhist meditation practice in 1981 with Larry Rosenberg in Cambridge, Massachusetts, and with Joseph Goldstein at Insight Meditation Society in Barre, Massachusetts. Both of these teachers became her lifelong friends and cherished compatriots. Her commitment to personal practice took the form of attending the three-month long silent meditation retreats at the Insight Meditation Society for about seventeen years. In addition, for many years she maintained an extensive daily meditation practice, while enjoying her family and taking part in other activities. Although she was keenly interested in the wellbeing of the organizations of which she was a benefactor, she left them free to chart their own course. 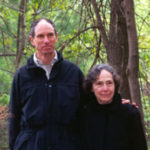 Joseph Goldstein, a cofounder of IMS and one of its guiding teachers, recalled that “With her characteristic grace, modesty, and generosity, Sarah was one of the great benefactors in the spread of Buddhist meditation and teachings from Asia to the West. As a dear friend, a profoundly wise meditator, a compassionate and skilled meditation teacher, and a magnanimous supporter of both individuals and institutions, Sarah’s contributions will continue to be a blessing for so many. The beautiful and transforming results of her long life will ripple outwards for generations to come, in ways both known and unknown, to countless seekers endeavoring to bring more wisdom and compassion to our world. Sarah was a remarkable human being, who inspired everyone who had the great good fortune of being in her presence.”

Sharon Salzberg, also a co-founder of IMS and a world-renowned meditation teacher, said: “Sarah exemplified an unusual combination of dignity, wisdom, warm heartedness, and a tremendous amount of fun. She took a rare delight in simple pleasures, beautiful aesthetics, harmony between people, and more than anything, being of service. The Insight Meditation Society (including the Forest Refuge,) the Barre Center for Buddhist studies, Spirit Rock retreat center and the Cambridge Insight Meditation Society either took original life or new, transformed life as a result of Sarah’s generosity. Countless individuals had new opportunities because she cared. Sarah knew that large, magnanimous acts intersperse with immediate direct moments of kindness – listening to someone, encouraging them – to make up a life of compassion. She lived a life of compassion fully.”

Larry Rosenberg recalls Sarah Doering as “a true spiritual seeker. In my 45 years of teaching Buddhist meditation, she stands out as someone who really grasped the profundity of the teaching and who actually lived it, including during the last days before she died.”

Her survivors include daughters Elizabeth Bullitt and her husband Allan H. Friedman of Durham, NC; Margaret Bullitt-Jonas and her husband Robert A. Jonas of Northampton, MA; Sarah Bullitt of Belfast, ME; and son John Bullitt and his partner Jane Yudelman of Steuben, ME. She is also survived by a brother, Russell Cowles of Naples, FL, and by seven grandchildren and four great-grandchildren.

All members of Board of Directors and the staff at Insight Meditation Society and Barre Center for Buddhist Studies join in our fond remembrance of Sarah Doering, for her personal practice, for her generosity, and for her being a role model for all of us in spreading the Dharma to the modern world.

A memorial service will be held for Sarah at the Insight Meditation Society in the Spring of 2019.