Jay Michaelson holds a Ph.D from the Hebrew University of Jerusalem and a J.D. from Yale. He is currently a visiting scholar at Brown University, where he is an adviser to the Varieties of Meditative Experience project. Jay is affiliated with the Practical Dharma movement and the Contemplative Development Mapping Project, and has done a number of long-term vipassanā retreats in the United States and Nepal. He is the author of five books, most recently Evolving Dharma: Meditation, Buddhism and the Next Generation of Enlightenment. 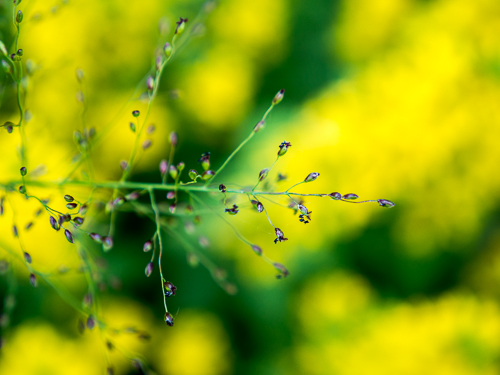 Insight Journal: Can you summarize your path to the Dharma?

Jay Michaelson: My path to the Dharma was actually a little unusual. I was a student of religion in my 20s—I now have a PhD in religious studies—and was very interested in mysticism and mystical experience. So unlike a lot of other Dharma practitioners who came in for reasons of dukkha, for me it was more about greed! Greed for pleasant experiences.

I started meditating in the Jewish-Buddhist hybrid tradition, in which I still teach today, and gradually moved over toward Theravadan practice, including several long retreats in the Mahasi Sayadaw lineage and practicing jhāna with Pa Auk Sayadaw and Leigh Brasington. Like a lot of practitioners, my goals have changed over time—hopefully for the better.

IJ: You talk about many aspects of community in your book. What is your sense of where are we in Western Buddhism as regards community?

JM: It’s funny that I have written about, and am now teaching about, community, since I’ve often been a kind of lone-wolf practitioner. One of my interests as a Dharma practitioner is finding peer community—precisely because I’m not very good at following authority and guru-like figures. It’s interesting to me that in the West we seem to vacillate between wanting more and wanting less community. A few years ago you might recall the book Bowling Alone, which talked about how Americans used to bowl in leagues, and now bowl individually or with friends. But just a few years later it was found that bowling leagues, in particular, were making a comeback.

So I think we’re always betwixt and between, the individualistic ideals of America and the natural human desire for community.

IJ: Do we need for secular Buddhism or Western Buddhism to be an “organized religion,” per se, or is something less centralized—a community of resource-providers (text, teacher, mentor)—a better approach?

JM: As I talk about in my book, Evolving Dharma, Buddhism as we understand it in the West is a very complicated set of phenomena. There are far more Buddhists who practice Buddhism as a religion in the West than secular Buddhists who are interested in contemplative practice. Most Theravadan Buddhists are not sitting and doing vipassanā retreats all the time This is worth bearing in mind as we decide whether these forms and institutions are necessary, or even useful.

There are some for whom the communal and ritual aspects of organized religion are really essential: sanctifying life passages, building communal bonds, expressing hopes or aspirations, engaging in a tradition of myth, expressing gratitude, and many more. For others, they are not. So I think it really depends on what we’re looking for. 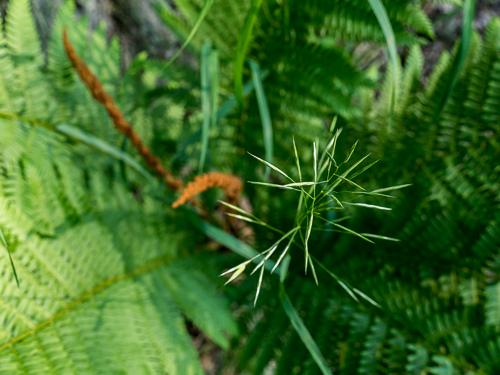 IJ: What are the key misconceptions about Dharma that better knowledge of classical texts could correct?

JM: One is that the Dharma, or Buddhism, is just one thing all over the place—or even various methods to reach the same set of goals. Not to contradict Joseph Goldstein’s book One Dharma, but at least the ways in which that one Dharma are expressed, are multiple. And we see that even within the classical texts themselves. There are householders who seem to regard the Buddha as a kind of magical figure. There are monks who also seem not quite to understand the essence of the Buddha’s message. Then of course there are the Buddha’s closest disciples. As we know, the Buddha generally used upaya, skillful means, rather than necessarily saying “You’ve got everything wrong,” to one person or another. But let’s see how deep that runs. It’s not even that these students, in the texts and today, have the wrong answers. They’re actually asking very different questions from one another. For example, one might be asking, “How can I obtain liberation in this very life?” and another might be asking “How can I be more kind to my family members?” That diversity of questions appeared in the Pāli canon, and it certainly appears today.

IJ: How do you see the balance of study and practice, in the larger sense of Dharma in the West? What should we be studying to restore balance between the two, if that’s how you see it?

JM: I tend to really crave an intellectually rigorous study of a subject, even if ultimately that study has to be set aside in favor of practice. But I think that’s just a matter of personal style. For me, as an academic scholar of religion as well as a practitioner and teacher of the Dharma, I don’t like the idea that we should have to segment ourselves. I’d like to have the same intellectual rigor in my Dharma life as I have in my academic life. Of course, that only goes so far; you can’t understand the teachings of the Dharma just by reading about them—that’s like thinking you can understand what a soufflé tastes like simply by reading the ingredients in a recipe.

IJ: What are your thoughts on the accessibility of stream entry or other “attainments”? How does this relate to the general subject of anxiety in Western Buddhism about progress in practice? How do these relate to spiritual materialism? How important do you think these issues are to secular Buddhism?

JM: I think the Insight Meditation community, in particular, has gone through at least a three-stage evolution on the question of attainments and signposts along the way. By all accounts—I wasn’t there personally—the early years of Insight Meditation in the West were indeed shadowed or even corrupted by an emphasis on attainments. This was a period—again, only in my second-hand understanding—in which enlightenment and liberation and special states were all very new and very appealing. So there was a natural and I think wise reaction, which I would call a second phase of this particular evolution: a moving away from those notions of attainment or goal, and toward less linear approaches to practice—be here now, cultivating more mindfulness and more lovingkindness, without the notion that this is an end goal, in any practical sense, although of course liberation is the goal, in the ideal.

I wonder though if we may be entering a third phase, in which a more reflective engagement with some of the traditional maps of awakening is beginning to take hold. The Dharma evolves internally as well as externally, after all, and experienced practitioners can really benefit, I think, from exploring some of the maps of how that can happen. We’re seeing this now in emerging Dharma communities, like the practical Dharma movement, or the online community Buddhist Geeks. For me, this represents a kind of synthesis. On the one hand, there is an appreciation that maps are, at best, approximations of what one might experience along the path of the Dharma. At the same time, maps are useful. It’s helpful to have a map when you’re driving somewhere, to know the obstacles that might be ahead, to know some of the range of destinations that might be available.

In my own practice this was certainly the case. Several years ago I really felt as though my practice had plateaued. What was I doing wrong? Was there anything I could do pro-actively, rather than just sitting with these feelings of disappointment? Turning to some of the descriptions of practice in the Visuddhimagga, and other ancient texts, was very helpful. Not as a coloring book—fill in red here and blue there—but as wise advice from people who had been on the path before. In this case, thousands of years of wise advice, congealed in the texts and the commentaries and the commentaries on the commentaries, and so on.

So I think it’s an appropriate time to ask what value there may be in these particular guides to practice, what they’re talking about when they talk about stream entry or other attainments, and demystifying that which might otherwise seem quite esoteric. 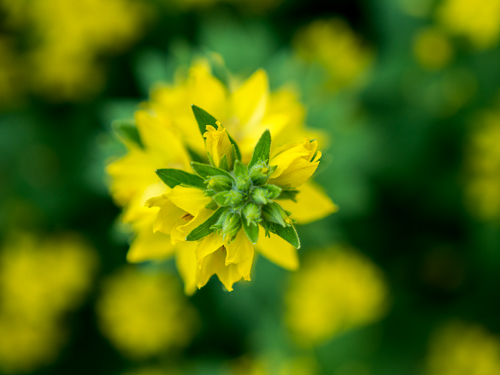 IJ: In the blogosphere, there are raging arguments about “traditional” Buddhism, actively atheistic Buddhism, politically engaged Buddhism, and so on. Most of these involve tearing down the perceived threats to whatever variation of Buddhism one supports. How can we advocate a new articulation of Dharma that is positive, that clarifies itself as a way of being, without taking sides in these “wars”? What are the positive aspects or tenets that we should embody and foster?

JM: Any question that begins “In the blogosphere,” I think we know how that question is going to end: it’s going to complain about bitterness and negative emotions and recriminations. We’re still in our infancy in the online world, and still learning what it means to communicate skillfully in that realm. For that reason I’m inclined to minimize a lot of the concerns about the fractious nature of the online Dharma community. In my experience it’s no more or less fractious than the online golfing community or online stamp-collecting community. There’s just something about being online that brings out the bitter queen in each of us.

I think many positive articulations of the Dharma are available in some of these alternative communities and online communities, and also that it’s necessary to take everything with a grain of salt. The practice of learning the Dharma and being in sangha with one another is, itself, a deep teaching. Here, I think it has something to do with de-personalizing negative spaces, and simply seeing them for what they are, which are the defilements, the kilesas, our old friends, coming to visit, in newly digitized form.

IJ: What are your plans for the course at BCBS? What texts will you use? What else should people know about the course?

JM: My course at BCBS emerges from one slice of my book, Evolving Dharma, and the years of research that went into it. It addresses the question of sangha, of community. There are many different, and evolving, models of spiritual community and spiritual leadership in the “spiritual marketplace” today. There are multiple models within Buddhist traditions as well. Some emphasize the strong leadership of a guru. Others emphasize an almost empirical approach to spiritual teaching. And so on.

As the “meditation revolution” really takes hold—there are one million people experiencing meditation for the first time each year—those of us within the Dharma worlds will take on the role of advance scouts for many more people who come in our wake. Thus, I think it behooves us to ask questions about power and its abuses (as is well known in spiritual communities) but also what is gained from more hierarchical approaches. I’m interested in the pitfalls and benefits of having spiritual friends, spiritual teachers, and a community of practitioners upon whom one can rely.

I’m not approaching the course with any one right answer. My hope is for a combination of study and of sharing of participants’ own experiences. Will we come out with a manifesto of the perfect balance of vertical and horizontal sangha models? Probably not. As with anything, the only answer that I truly distrust is the one that pretends to be correct.