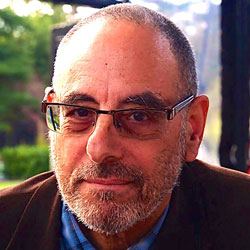 Norman Fischer is a poet, essayist, and Zen Buddhist priest. He is one of the senior Zen teachers in America. The latest of his more than thirty poetry and prose titles are (prose) The World Could Be Otherwise: Imagination and the Bodhisattva Path, and (poetry) Untitled Series: Life As It Is and On a Train at Night. The University of Alabama Press published his collected essays on writing in Experience: Thinking, Writing, Language and Religion, and next year Shambhala Press will bring out his collected Buddhist essays. After spending twenty-five years in residence at the San Francisco Zen Center temples, Norman retired as co-abbot in 2000 and founded the Everyday Zen Foundation, an international network of Buddhist groups and social projects. He continues his writing, teaching and traveling, and lives in Muir Beach California with his wife Kathie Fischer, who is also a Zen priest and teacher. They have two children and three grandchildren.