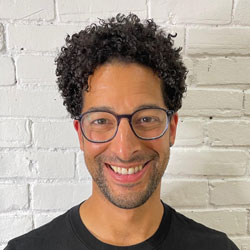 Brent Beresford has a conviction that there is so much kindness in simply bringing our curiosity to an experience. “Turning towards” is radical and filled with love for life, and this is some of what he hopes to transmit to those whose paths he has the privilege of crossing. He also hopes to help cultivate a greenhouse full of softness for meeting our human imperfection. The people who teach him the most about his own shortcomings are his two young children, who show him on a regrettably regular basis how unreasonable his expectations are of them. They also teach him how boundlessly his heart can open.

Brent has a fondness when it comes to actively practicing relationship and community, and he feels it is the “gem” that needs to be revived. Much of his work has been in directly engaging the power of relationship. He has been accompanying individuals and groups in therapeutic change processes since 2002. First as an occupational therapist, and now as a psychologist, he has integrated the teachings of the Dhamma into the ways in which he navigates with people towards unravelling the knots brought about by life. Somatic approaches, intersubjective and humanistic perspectives, and a curiosity for nuance all shape the way that he does this work-art, which he is mainly doing in Kahnawà:ke, a Kanien’kehá:ka community just outside Tiohtiá:ke (Montreal), Canada, where he lives with his partner of 20 years and two children.

Brent has endeavoured to transmit the teachings of Dhamma in various forms since 2015, through mindfulness-based approaches (e.g. he is a mindfulness-based stress reduction [MBSR] teacher), teaching in a mindfulness-based program at Université du Québec à Montréal (www.ppa.uqam.ca), and in offering the practice of insight dialogue—which he offers regularly in various online groups. He obtained his Ph.D. in psychology and is currently participating in the insight dialogue teacher development cohort and the True North Insight mentorship program.

What feels alive for Brent is the way in which the teachings of Dhamma can be lived right here and now with what is right in front of us. He marvels at how easy it is to forget this, and how beautiful it can be to touch the extraordinary in the quite mundane. Brent aspires to lean into the darker places, and find, as Wendell Berry wrote, “how the dark too blooms and sings”. Brent is a person of mixed racial heritage and is growing to appreciate life on the fence in this regard, as this influences his tendency to want to shake things up. He also identifies as gender non-conforming (pronouns he/they) and adds these two details here at the end because they need to be said, and yet just like the rest of this description, don’t quite capture the essence. Brent is satisfied with the imperfection of this, for now.

Listening & Speaking from Silence: A Deepening Exploration of Relationality