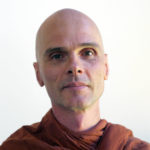 This article explores the basic import of the doctrine of dependent arising, based on relevant discourses and in the light of an apparent antecedent in a Vedic creation myth. The principle of dependent arising in the form of specific conditionality (and its ceasing) can be distinguished from applications of this principle in a series of dependently arising links, the most common instance of which covers twelve links leading from ignorance to old age and death.

In spite of such centrality, or perhaps precisely because of it, there are a range of different opinions on the import of this doctrine. For this reason, in what follows I attempt to provide a starting point for understanding dependent arising.

A particularly helpful discourse for appreciating the significance of dependent arising is the Paccaya-sutta, which states that dependent arising (paṭicca samuppāda) stands for the principle of conditionality operating between any of the actual links, which are ignorance, etc., up to old age and death. These links themselves, however, are rather dependently arisen states, paṭiccasamuppannā dhammā. In the case of the conditional relationship that relates birth to old age and death, for example, the principle of dependent arising finds expression as follows:

The reference to Tathāgatas, a term regularly used in the discourses by the Buddha to refer to himself, stands here for those who discover the Dharma and then teach it to others. The point made is that the principle of specific conditionality exists independently of the teaching activity of a Buddha.

The presentation of dependent arising then concludes as follows:

Thus, monastics, the thusness in this, its actuality, its not-otherwiseness, specific conditionality — this, monastics, is called dependent arising.

This concluding statement highlights that the teaching called dependent arising concerns the basic principle of specific conditionality, which is not otherwise. The discourse then continues by providing a contrast to the principle by drawing attention to the changing nature of dependently arisen things. In relation to old age and death, this takes the following form:

The basic contrast made here is between the invariability of the principle and the variability of its manifestations, as listed in the often-found exposition of twelve links leading from ignorance up to old age and death.

The exposition in the Paccaya-sutta makes it clear that applications of dependent arising that involve fewer than twelve links are equally valid. These are simply alternative expressions of the same principle. Although the formulation by way of twelve links is the one most often found, it is, after all, just one mode of application.

In fact, the Paccaya-sutta clearly shows that the principle of dependent arising can be expressed even with just two links, in that birth is the specific condition for old age and death. This much is already dependent arising.

Specific Conditionality and Its Cessation

The principle of specific conditionality can find an expression in the following form:

This formulation can serve as a preface to the full exposition of the twelve links from ignorance to old age and death. The principle, just as its full exposition, follows a statement on arising with the counterpart statement on cessation. This offers another key to understanding the teaching on dependent arising.

The principle of specific conditionality can be illustrated with the example of someone passing away. One might ask: Why did this person die? An answer could be that the person had an accident or suffered from cancer. But that is not really the decisive condition, at least on a fundamental level. If the person did not have an accident and did not have cancer, sooner or later death would still come. So a more thorough answer to the question would rather be: Because of having been born! That is the specific condition for death. Without being born, there would indeed be no death.

A discourse reporting the Buddhas own pre-awakening inquiry into dependent arising confirms that the central concern throughout is to identify the specific condition that needs to cease in order to arrive eventually at freedom from dukkha. The first part of this inquiry takes the following form:

The fact that old age and death are to be expected for one who has been born might at first sight not seem to warrant the qualification of being a breakthrough by wisdom. Yet, this qualification applies similarly to each ensuing step in the entire investigation, which will eventually lead up to ignorance as the condition that leads, via the other intervening links, to old age and death, and hence to dukkha.

When viewed from the complementary cessation mode, this implies that the cessation of ignorance can bring about complete freedom from old age and death. From this perspective, then, the qualification of being a breakthrough by wisdom can more easily be appreciated. In fact, this wisdom reveals that the entire gamut of subjective experience is merely the result of conditions.

Dependent arising is the other side of the coin of emptiness, in the sense of the absence of a substantial and unchanging entity anywhere in subjective experience. Experience or existence is nothing but conditions. This leaves no room for positing a self of any type.

The Role of the Twelve Links

Whereas the reasoning leading from birth to old age and death might well appear straightforward, the same does not necessarily apply to all of the other links leading from ignorance up to this point.

In order to appreciate the beginning part of the standard application of dependent arising by way of twelve links, it can be helpful to take into account research by Joanna Jurewicz, who pointed out an antecedent in a Vedic creation myth. In what follows I attempt to provide a simplified summary of her findings relevant to my topic.

This creation myth begins with a state in which cognition is not possible (counterpart to the first link of ignorance). Next, out of this state there arises somehow a first impulse, sometimes expressed with a term etymologically related to formations (the second link).

Following that comes the manifestation of becoming conscious (corresponding to the third link of consciousness). Then follows what could perhaps be called individuation, which involves the coming into being of name and of form (the fourth link of name-and-form).

Given this precedent, it can be assumed that the formulation of these links in the standard application of dependent arising might have stood in some form of a dialogue with this Vedic creation myth. This would be well in line with a general pattern in the early discourses, which show the Buddha adopting and decisively re-interpreting Brahminical notions current at that time in ancient India.

The decisive re-interpretation in the present case would be that, rather than celebrating what has come to be created in this way, the series culminates in dukkha. Already this much could be expected to have had quite an effect on an audience familiar with this creation myth.

Moreover, the teaching continues by taking up the cessation mode, showing how this whole creation can be undone. This in turn points to the key purpose of the doctrine of dependent arising, which is precisely the removal of the conditions leading to dukkha.

On this understanding, the Buddha would have relied on a notion presumably fairly well known in the ancient setting in order to create an initial impression of familiarity. Based on that, he would then have turned the whole thing on its head to express his discovery of the causes leading to dukkha and to its cessation.

This would explain why the application of dependent arising by way of twelve links occurs so frequently in the early discourses, namely because of its probable appeal to the ancient Indian audience. In a setting not familiar with the Vedic precedent, however, several of the links are considerably more difficult to make sense of.

Dependent Arising and the Five Aggregates

The first two links that follow ignorance, formations and consciousness, recur in another central doctrine of early Buddhism. This concerns the five aggregates of clinging, which comprise the body, feeling tone, perception, formations, and consciousness as central pegs for ones sense of identity. Such correspondence could give rise to the idea that these two doctrines can be correlated.

Yet, the first link of ignorance, for example, does not stand for some abstract principle that exists in its own right. In this respect the Buddhist perspective differs decisively from its apparent Vedic antecedent.

The series of twelve links leading up to old age and death as conditioned by birth can also stimulate different viewpoints on its overall implication. Should the entire set be placed within one lifetime, even within one moment perhaps, or should it rather be seen as spanning over several lifetimes?

What at first sight might seem to be two mutually exclusive positions can, according to Buddhist exegetical traditions, be considered to complement each other.

The solution to the apparent contrast comes once attention shifts from the links to the underlying principle of specific conditionality, combined with an appreciation of the apparent function of the twelve links as a response to a creation myth presumably known in the ancient Indian setting. From this perspective, the question is not whether one sides with the one or the other of these two interpretations, as the key point at stake is rather the principle of specific conditionality. 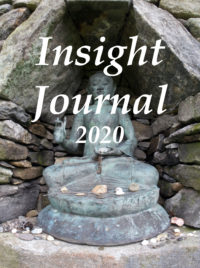