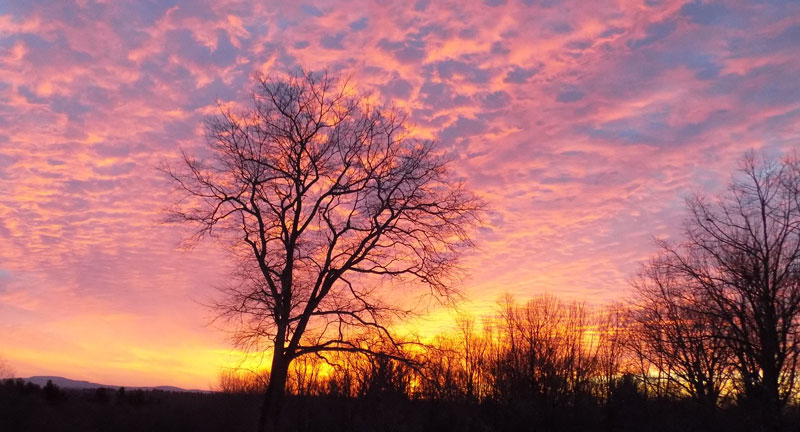 Insight Journal: Bhante, what is contemplation of death, and how do we practice with it?

Bhikkhu Anālayo: In the Anguttura-nikāya and the Ekottarika-āgama (the Chinese parallel), the Buddha checks to see how some monks are doing recollection of death, and he finds that they are doing it in a way that he does not consider to be sufficiently diligent. These monks say things like they might pass away in a couple of days, and before that they should really practice. The Buddha tells them that is not the way to do it. Instead they should bring the awareness of their own mortality right into the present moment.

This practice relates to a finding in cognitive psychology that shows how we avoid facing our own mortality by pushing it off into the future: “Yes, I’m going to die, but sometime later on. (And at that time I’ll think about it and face it, but right now I don’t need to.)”

Death has to be brought right into the present moment. Because I am going to die, but I don’t know when. It could even be right now.

IJ: In chapter 24 of your new book, Mindfully Facing Disease and Death, you quote the sutta where the Buddha says, “…you should give attention to the perception of death in the interval between the out-breath and the in-breath.” What does giving attention to the perception of death look like? Is it done using an image or a phrase or something else?

BhA: I think we shouldn’t take that expression too strongly, because that quote is from the Chinese version. In the Anguttura-nikāya, I don’t think it talks about the interval of the breath. The Pāli version says, “May I live so long that I can take one other breath.”

The important thing is to understand that the breath is what keeps me alive. Without a constant supply of oxygen, this body will very quickly pass away. And this constant supply of oxygen is not secure. I cannot be totally sure that even the next time I breathe out I will be able to breathe in. This perception of the fragility of the body is first brought about by a form of mental reflection. As practice continues, the perceptual input becomes less and less, until it is just an awareness.

For example, when I’m at BCBS, I’m very aware of snakes. But Scott (BCBS facilities manager) laughs at me because they’re not dangerous. But because in Sri Lanka the small snakes are extremely dangerous, my perception has been trained to react to them.

This is not something that needs concepts. At some point in time I learned that these snakes are dangerous, so now when I see something small moving out of the corner of my eye, the reaction is immediate.

IJ: What effect will it have on a person’s life to contemplate one’s own death in a deep way? What specifically will change in how one relates to oneself or others or certain ideas?

BhA: I think it helps to clarify one’s priorities in life. What do you really want to do with your life? It also changes how you relate to others. If I meet you with the certainty that I do not know if you or I are going to live for another meeting, then at this meeting I want to be fully with you. I want to make the most of this meeting. I want to say what I have to say and learn what I can learn from you—to its fullest. Then I become fully alive to this moment with you.

That way, in case you do pass away, I won’t feel like there was something I wished I had said but didn’t. Instead, when we are together I am fully present and fully there with you. I’m not just partially here and partially thinking about all the other things I have to do later. At the back of my mind I’m not thinking that I can always tell you the rest next month. Death contemplation changes how we relate to others and how we live our lives. It has a profoundly transformative effect. It actually makes us come much more alive.

IJ: In some ways it seems that death contemplation is a form of recollection, while our normal vipassanā practice is more grounded in observation or contemplation. How do the two fit together?

As one progresses, both practices move from more conceptual/labeling to more silent—to the point where you no longer have to say, “I have a mind that has such-and-such a defilement or awakening factor.” You just know what’s happening. It’s the same with death contemplation. At some point the precariousness of life becomes something you just know directly.

According to my understanding, a main avenue for the cultivation of insight is seeing impermanence, dukkha, and not-self in all phenomena. Of these, impermanence seems to be the foundation. That doesn’t mean that some people might not directly enter through not-self or other ways, but a main avenue seems to be to cultivate impermanence. By seeing impermanence, you realize that it can’t give you lasting satisfaction, and because it can’t give you lasting satisfaction, we no longer grasp and hold onto things as I, me, and mine.

Death is the cutting edge—and the most frightening aspect—of impermanence. We sometimes might think, “Things are changing, but everything is fine. It would actually be boring if things were always the same. Some impermanence is quite nice.” But when we get to the point where you see that everything comes to an end, that’s when impermanence really starts to transform our attitudes to ourselves and the world.

My personal recommendation would be not to do only contemplation of death, but to integrate it within the scheme of the four satipaṭṭhānas. For meditative growth, I find it’s better to have a variety of practices, instead of doing monoculture. At one time, one type of practice may be going well, and at another time, another type of practice may be going well. I can then find ways of adjusting to the natural fluctuations of my personal being and meditative abilities at any particular time.

IJ: Do you sometimes actively bring up the thought of your own death while you are, say, interacting with others or carrying out tasks in daily life? Or will that thought already be there or come up by itself from the work you’ve done with it in formal practice?

BhA: At the beginning I would make a conscious effort to bring this idea to mind, but little by little it has become more natural. My mind now has a tendency to say, “This is now, so let me do it fully. Let me not do it halfway, with the idea that I can do the rest later.”

Through practice, it has become a habit, but at times it’s still nice to recollect it. For example, as I was talking about it with you just before, it became clearer how precious this opportunity is to spend time with you. So intentional recollection is helpful.

The basic insight into mortality, I think, is what puts things into perspective and what gives us the motivation to practice for something that leads beyond what is subject to old age, disease, and death. In that way, I think it’s a very important part of our path. But in terms of actual practice, this kind of recollection of death is only taught in two Pāli suttas, which originally seem to have been the same sutta.

So death contemplation doesn’t have such a central position in the suttas or the āgamas as, for example, satipaṭṭhāna or mindfulness of breathing or the brahmavihāras. In the satipaṭṭhāna scheme it comes in indirectly with cemetery contemplation, but in the ānāpānasati scheme it is not there at all. It also does not seem to be explicitly connected with the brahmavihāras.

So I wouldn’t want to say that everybody must work with death contemplation. But for people who are in some way drawn to this exercise—either because of personal experience or personal insight or because people close to them have died—this practice can be very transformative.

What About Neutral Feelings?

Putting Art-Making Back on the Map III: Dharma and Arts Symposium at BCBS

Putting Art-Making Back on the Map II: Dharma and Art Symposium at BCBS

Putting Art-Making Back on the Map I: Dharma and Arts Symposium at BCBS