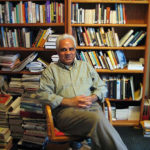 An Exercise in Interdependent Origination

Like everything else in this world we inhabit, the library at the Barre Center for Buddhist Studies (BCBS) has become a long-term exercise in “interdependent origination,” as Buddhists would describe the “coincidence” of countless factors that create anything and everything.

The common denominator connecting the emergence of the BCBS library has been the guiding hand of Resident Scholar Mu Soeng. He oversaw the expansion of the collection as it came together through a series of patient steps and happy coincidences.

Mu Soeng had trained in the Korean Zen tradition and was a monk for eleven years before coming to BCBS. He is the author of: Thousand Peaks: Korean Zen (Tradition and Teachers); The Diamond Sutra: Transforming the Way We Perceive the World; Trust in Mind: The Rebellion of Chinese Zen; and The Heart of the Universe: Exploring the Heart Sutra.

Mu Soeng also took the lead in conceiving a coherent vision of the library, guiding its philosophy, and overseeing its evolution through the years. In the process, he was abiding by a truth described by Carlos María Domínguez in The House of Paper: “To build up a library is to create a life. It’s never just a random collection of books.”

“When I came here in 1992,” explains Mu Soeng, “the library was just a very, if I may use the word, ‘primitive’ thing. Someone had sent us a small collection of texts from the Pali Text Society. I would say that was about 60 to 70 percent of the books we had here when I arrived.”

The total number of books in the library at that point in time was 100 volumes, more or less. What is now the library space was largely just vacant, the idea of a library waiting to be realized.
But since then, through Mu Soeng’s hands-on guidance and discerning acquisitions, that number has risen to between 8,000 and 9,000 books, one of the largest collections devoted to Buddhist scholarship and practice in New England.

“In the last 25 years,” says Mu Soeng, “BCBS has established its presence in the Buddhist world, so people in all parts of the country now know that, yes, this is the place where some kind of serious Buddhist scholarship is honored. It’s not somebody’s personal kingdom, like many of the different centers under the direction of gurus and lamas. BCBS has a reputation of being a unique place. And certainly the library is a big part of it.”

Under Mu Soeng’s gentle management, the BCBS library has been formulated to do what libraries do best: bond people to wisdom and with each other in a way that perhaps nothing else can.

The center’s mission statement says that BCBS offers the integration of study and practice in exploring the many streams of teaching and expression that flow from the sources of early Buddhism. The idea that the center should have a research library was agreed upon at a very early stage of BCBS, recalls Mu Soeng, but the expression of that idea evolved very slowly. Once we agreed that this was going to be different from IMS and more about textual study, dialogue, and critical inquiry as support for Buddhist practice, then the idea of the library became internal to that vision.”

So all these energies were coming together that contributed to BCBS and its new library being a cradle of Buddhist scholarship and practice.

“At that point, there was a sort of momentum to start developing the library as quickly as possible,” says Mu Soeng. “So I started buying books and keeping track of what books we should be buying. In conjunction with that we had a paper catalog somewhere, something like a loose-leaf notebook that kept track of the books rather casually.”

In addition, explains Mu Soeng, “In the beginning we created our own homemade classification system, which might have been based on an ABC sort of thing. We might have done that for two or three years. But it didn’t last very long because we quickly decided that we needed to follow the Library of Congress catalog.”

A Delivery Room for the Birthplace of Ideas

By the early years of the 21st century, the BCBS library was approaching the definition of what author and world-peace advocate Norman Cousins called any well-conceived book collection: “A library is the delivery room for the birthplace of ideas, a place where history comes to life.”

The essential philosophy behind the library in the early years was that, because of the BCBS mission, we would have more academic books, rather than popular books.

“That is still basically true,” says Mu Soeng. “I don’t buy popular books per se. When I buy, I get academic books. But, over the years, as our center has become more established and well-known, we get popular books for free from publishers, our teachers, authors, and donations from yogis and friends of the center.”

Mu Soeng adds that “We never intentionally expanded beyond our original concept of academic books in the library. Many of our so-called popular books are here because many of the practitioners who come to BCBS like to read books by authors like Joseph Goldstein, Jack Kornfield, the Dalai Lama, Thich Nhat Hanh, and so on. So there is some built-in impetus to keep their books here.”

The main audience from the beginning was composed of yogis who took courses here. “So there was some pressure that, if we were going to have a Buddhist library, we should be comprehensive enough to include the most well-known Buddhist authors,” declares Mu Soeng. “The library caters to a very specific audience, which is largely practitioners. And they might often be looking for books written by the Buddhist authors they know best. So we try to accommodate our most frequent library users as much as we accommodate those searching for academic books.”

About 12 years ago, to maintain the mushrooming library collection, BCBS created much more shelf space as part of an addition to the original farmhouse in order to add a classroom, upstairs offices, and the book stacks themselves.

Thereafter, successive volunteers, under Mu Soeng’s direction, implemented a digital catalog to keep track of the books with electronic efficiency. More recently, longtime university librarian and BCBS volunteer Lorre Smith has been digging into the database to ferret out flaws, inconsistencies, and other “kleshas” – as any non-techy Buddhist might regard computer glitches – in our electronic catalog.

Her decades-long background in library skills and computer literacy greatly enhances the impact of the timeless knowledge that the electronic catalog system maintains and protects.

Today, how does our collection compare with others in New England? “I think it’s a pretty good collection,” says Mu Soeng. “Harvard might have more books, but perhaps not. Amherst and Smith Colleges have decent collections. So BCBS might very well have the best collection in New England. But, again, the caveat here is that half of these books at BCBS are popular books, while the colleges and universities may not have those popular books.”

Moreover, under Mu Soeng’s management, the BCBS library now offers its readers widespread insight into all the various Buddhist traditions, Buddhist history, the full scope of Buddhist ideas, today’s Buddhist authors, and the diaspora of Buddhist teachers spreading out to enlighten the modern world.

“Books permit us to voyage through time, to tap the wisdom of our ancestors,” said Carl Sagan in Cosmos. “The library connects us with the insight and knowledge, painfully extracted from Nature, of the greatest minds that ever were, with the best teachers, drawn from the entire planet and from all our history, to instruct us without tiring, and to inspire us to make our own contribution to the collective knowledge of the human species.”

Certainly the BCBS library does all this. In that context, then, Mu Soeng has now retired from BCBS, and the heady job of his successor will be to preserve it in a way that also preserves the 2,500-year-old tradition of Buddhist philosophy.

“I’m going to leave that to William Edelglass [the incoming Director of Studies] and Rick Henning [the BCBS Executive Director],” says Mu Soeng. “It will be William’s job to think about these things, and he is well-qualified to do that.”

Whatever decisions are made to manage the BCBS library as time goes by, the collection will remain, in essence, as Mu Soeng has established it: a timeless contract among the people who create it, the authors represented in it, the teachers who make use of it, and the yogis who most benefit from it.

Through it all, our library is a place of refuge, comfort, and solace. In that sense, the BCBS library, as conceived and organized by Mu Soeng by tapping into dependent origination, provides a lovely and resonant response to the prayer we often recite as “The Three Jewels.” We go for refuge in the library…. 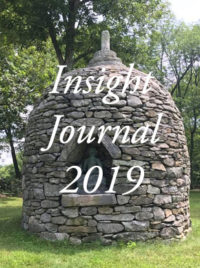