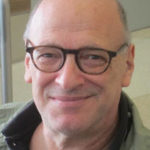 My entry point into Buddhist practice was its teachings on anatta, the illusory nature of self.  As a teenager, I intuitively felt that the problem was the self, and here was a tradition that said as much, and even offered a method by which to be done with it.  Or so I thought. Enlightenment, I imagined, was deep and irreversible insight into the emptiness of self that destroyed it once and for all. Sign me up.

Of course, this was a grave misunderstanding.  The Buddha taught that self is a phenomenon conditioned by grasping, ultimately empty of enduring essence.  It could appear when conditions supported it, lie nascent when they didn’t, ready to spring up at the least provocation, with unfortunate consequences.  He didn’t claim the self simply didn’t exist, or could be made permanently so.

Under any circumstances, I can report that my enterprise to do away with self has not gone well.  This is not to say that my understanding and experience of self has remained unchanged, but nor can I say I’m “rid of it,” or given the years left to me, that I can expect to be.  Perhaps this level of realization is reserved for the meditation professionals, nuns and monks, or the exceptionally adept layperson.

As a psychotherapist, I regularly hear the refrain of self-doubt and insecurity, often arising from the ubiquitous tendency to compare ourselves to others, either favorably or unfavorably.  This is just as common for the well-published, well-respected and accomplished tenured professor as it is to the less decorated. Remarkably, being successful offers no immunity against the ongoing measuring of ourselves relative to others.  Just because one can compare oneself favorably does not stop the process of comparison, and only partly softens the sting, because the pleasure of feeling superior is always precarious, subject to being erased with one untoward interaction. Once this comparing mind arises, it threatens to negate any nourishment we may have gained from our accomplishments.  Self-esteem is in constant renegotiation, never a truly finished product immune from fluctuation.

Psychoanalyst Alfred Adler wrote about how our need to be secure in our self-esteem is a primary motivation in our conscious and unconscious lives.   When this need for self-esteem is mixed with the basic narcissism that seems a universal feature of human experience, the result, according to sociologist Ernest Becker, is “…a creature who has to feel himself an object of primary value…” This sense of personal value and self-worth are constituted symbolically in, for example, our interactions with others, often in a form imperfectly disguised from others and ourselves.  How we fare in this enterprise hardly feels trivial; the stakes can seem terribly high. One relatively extreme expression of this is the desire for fame, pursued in the hope of finding permanent protection against insignificance and, as Becker argued, our mortality. Any culturally common value can become employed to distinguish oneself, including wealth, notoriety, athletic or intellectual prowess, or even spirituality.  This enterprise is bound to fail: research has shown that those more devoted to such extrinsic rewards (e.g., recognition and acclaim) suffer more distress than those who are motivated by the search for self-acceptance, meaningful relationships, and other intrinsic rewards.

I’ve periodically conducted informal polls during lectures, confirming by a show of hands that everyone is familiar with this experience of comparing oneself.  In clinical practice, however, patients often hold this as evidence of a personal problem or disorder, compounding the problem by turning it into evidence of further failure of self-mastery. (I wrote more on this phenomenon of turning suffering into evidence of disorder in a 2015 article for Insight Journal entitled “Insecurity, Self-criticism, and Impermanence.”)

As a student of Buddhist psychology, I understand this tendency to compare oneself (and perhaps in the process seek to inflate oneself relative to others) to be universal, a consequence of holding to distorted views of the self (sakkya ditthi, in Pali).  This phenomenon of comparing, termed māna in Pali, is often translated as ‘conceit,’ and is described in the Pali discourses of the Buddha as one of the 10 fetters (samyōjana). These fetters, which bind and blind us to the cycle of becoming, fall away step-wise with progress through the “four paths” of awakening, from stream-enterer (sotapanna), once-returner (sakadagami), non-returner (anagami), and finally the full awakening of the arahant.  Māna, alas, is one of the last to go.  It remains a steady companion until arahanthood, the end of the road.

This seems like both bad and good news.  The bad news is that I’m stuck with it for the foreseeable future.  But the good news is that because I’m stuck with it, I don’t have to worry too much about this nettlesome mental habit; because I have little choice I don’t have to feel extra badly about the suffering already inherent in that moment of comparing.  It is, we might say, what you get for being born human. Perhaps the best we might do, as we travel the path of practice, is to hold this unwelcome companion with bemused tolerance.

This is not to say there is nothing to be done, or that the comparing mind is intractable. Like all other afflictive habits, they deserve investigation through the loving attention of mindfulness.  And like other habits, their grip on us abates when our relationship to them shifts from being possessed by – and identified with – to being known in mindful awareness. In that moment of being seen clearly, there is a touch of freedom, which gradually weakens the hold these habits have on us.

How is it that māna should endure even through the monumental shifts that occur with each stage of awakening?  Among the fetters said to drop away at the first awakening of the stream-enterer is sakkāya-diṭhi, often translated as “personality view,” or the mistaken identification of self with any of the khandas (aggregates) that comprise our experience of self.  If this delusion is dropped at first path, how does māna endure? Shouldn’t māna be swept clear as devotion to the illusory self is lifted? If māna persists through the experience of the non-returner, what does this say about the lingering vestiges of attachment to a false view of self?  Are they distinct processes, or is māna merely a more persistent and subtle remnant of “personality view”?

With insight into “personality view,” our attachment to the khandas is weakened, but the presumption of a “me” persists.  In this sense, māna is more than the tendency toward interpersonal comparison, but also points to enduring clinging to the self.  Even as the tendency to compare is progressively quieted along the way, this presumption of a separate “me” is only finally eradicated when all greed, hatred and delusion are finally permanently uprooted.

Some years ago I had a conversation with a Zen teacher who said she had met many highly trained spiritual teachers in her life, not one of whom was completely free of the notion of self.  This, too, is faintly reassuring and disappointing. I’ve read a number of first person accounts of profound experiences of awakening, some only to be followed by a disheartening regression into reactivity, anger, or greed.  So what are we to make of first person accounts of awakening? Either the experience of awakening was not actually stream entry, or by itself such experiences are insufficient to assure that self won’t arise when conditions dictate.  Evidently, these fetters are not discrete on-or-off conditions, but can lurk in weakened and latent form, becoming more ‘fettersome’ when stimulated into action.

What is a non-arahant to do?  Like with all such afflictions, the remedy is described in the Eightfold Path.  Supported by mindful and compassionate attention, we become aware of the pull these mental habits exert on our well-being.  Though awareness of māna can be humbling and discomfiting, without such awareness we are at its mercy.  With awareness of this lingering companion comes the possibility of holding our limitations in wisdom and compassion, and avoiding the trap of trying to feed an insatiable hunger. 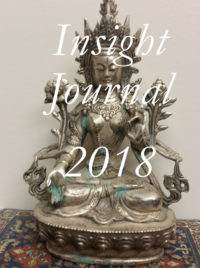 The Influxes and Mindful Eating

Satipatthana in Dialogue with Suffering and Oppression

The Many Faces of Nonduality

Development Along the Path: Nirvana, Numinous Experience, and Emptiness

The Buddha’s Teachings on Social and Communal Harmony

Māna: Conceits of the Self

The Challenge of Pain

The Potential of Pleasant Feelings