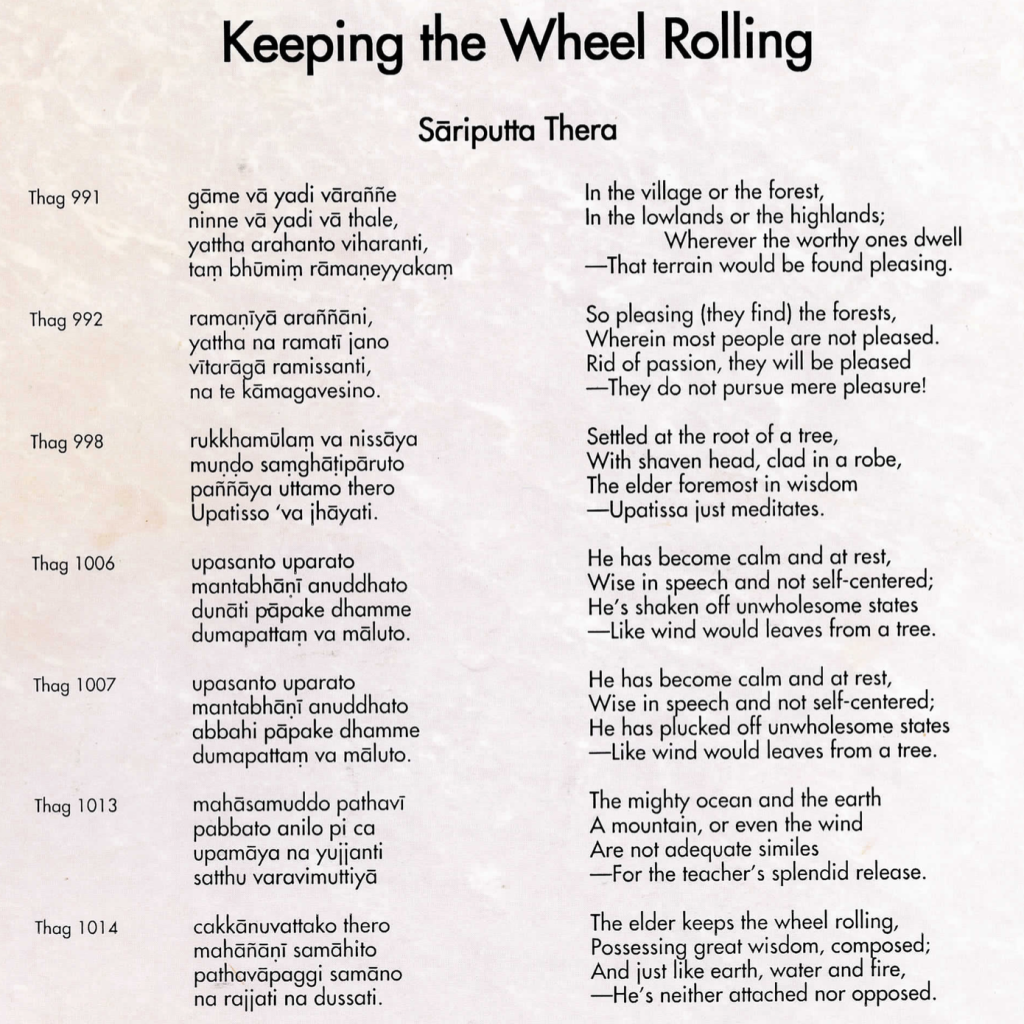 Sāriputta (also known by the name Upatissa) was the Buddha’s leading follower, particularly praised for his wisdom. These verses, containing eight syllables per line, have been extracted from a longer poem of thirty seven verses preserved in the Theragāthā. They describe man who continues to spend his time in solitary meditation in the forest, even after having attained the full awakening of the arahant. The elder keeps the dharma wheel of the Buddha’s teaching rolling by such dedication to meditation practice, and by exemplifying the attitude of non-attachment in all that he does. The phrase may also refer to Sāriputta’s pivotal role in the development of the Abhidhamma tradition. 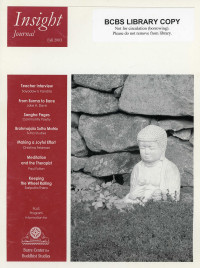 By Sayadaw U Pandita

From Burma to Barre

The Net of Brahmā: 62 Flavors of Wrong View (Dīgha Nikāya 1)

Meditation and the Therapist

Whose Life Is This, Anyway?