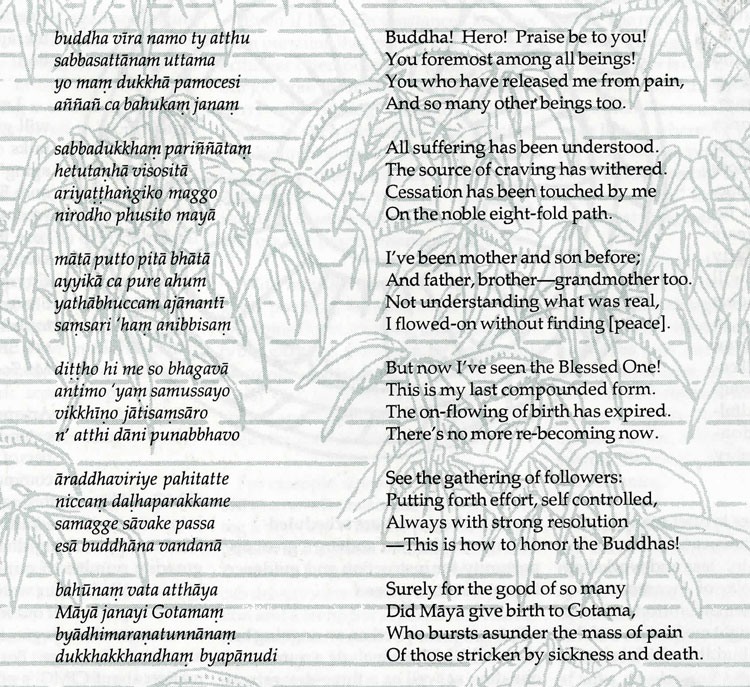 The woman who is said to have composed this poem was Pajapati, the Buddha’s step-mother and a Queen of the Sakyas. Her younger sister was Maya, married to King Suddhodana only after Pajapati herself was unable to conceive an heir. Queen Maya died in childbirth, and it was Pajapati who raised Gotama as her own son. After his enlightenment, Pajapati also left the palace and became the first of the bhikkhuis, the order of nuns.

The third stanza suggests that her attainments included the recollection of past lives, by which she was able to verify empirically the truth of continual rebirth—the “flowing on” (samsara) from one life to another. This process, as she mentions in her poem, is fueled by craving and by “not understanding.” In the second and fourth stanzas Pajapati declares her attainment of nibbana, of final and complete liberation in this very life.

It is remarkable to think that when Maya is remembered in the last stanza, the author has in mind not the icon of motherhood and sacrifice that Maya became in the Buddhist tradition, but a dearly-loved younger sister who died tragically young. 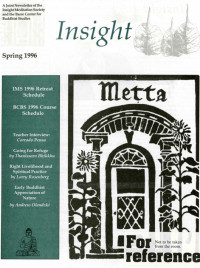 The Unifying Quality of Dharma

Lions in the Wilderness