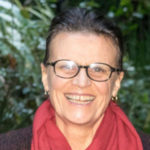 Thanissara began practice in the Burmese school of U Ba Khin in 1975. She spent 12 years as a Buddhist nun in the Forest Tradition of Ajahn Chah. She has facilitated meditation retreats internationally the last 30 years and has an MA in Mindfulness-Based Psychotherapy Practice. She is co-founder, with Kittisaro, of Dharmagiri Sacred Mountain Retreat in South Africa, and Sacred Mountain Sangha in California, which runs a two-year Dharmapala Training. She has authored several books including  Time to Stand Up: An Engaged Buddhist Manifesto for Our Earth — The Buddha’s Life and Message Through Feminine Eyes, Listening to the Heart: A Contemplative Journey to Engaged Buddhism, and The Heart of the Bitter Almond Hedge Sutta.

A pdf version of this article can be downloaded here. On June 5, 2022, Thanissara and William Edelglass offer Exploring Dharma Practice and Right Action in an Age of Climate Change, a Dāna Event, Sunday, 7:30 – 9:00 pm ET.  Please sign up here.

“If we do not do the impossible, we shall be faced with the unthinkable.” -Murray Bookchin

Today, I’m relieved we are blessed with unexpected spring rains sweeping over Sonoma County here in California. This area is vulnerable to the rise of infernos that have decimated several small towns over the last five years. Now, as the fall fire season arrives ever earlier, anxiety rises in tandem with evacuations, red alerts, and suffocating smoke. Some consequences are less visible. In January, for example, our home insurance company raised its quote by 500% before announcing it was leaving California. The future, it seems, will not be covered. I find it easier to capture such apocalyptic moments in verse, like when the fires turned day into night across the Bay area.

We are all queued refugees

In the gaping void, monsters rush in.

How do we sustain hope in the enormity of what we face? The monsters of environmental tipping points are in plain sight. Still, you would hardly know it from the greenwashing, and tepid responses of those holding most power in our societies. Right now, a heatwave is hammering India and Pakistan. “We’re living in hell,” said Nazeer Ahmed from the Balochistan region, as temperatures hit 50C/122F+. Despite the urgency of mass strategic mobilization, a disingenuous fossil fuel industry continues to press down harder on the gas pedal. Hope is hard when environmental, political, and societal disintegration hangs over us like Damocles’s sword.

Most days, I don’t feel particularly hopeful. However, I do believe quantum revolutionary shifts can happen, though an upsurge of violence often precedes them before the old system gives way. For instance, a dominant narrative of post-apartheid South Africa is that it was a peaceful transition of power. However, as recorded in Gary Kynoch’s book, Township Violence and the End of Apartheid, this was not the case. What unfolded in the four years leading to the first democratic elections in April 1994 was the bloodiest period of the entire Apartheid era, with an estimated 14,000 deaths attributed to political violence.

When Kittisaro, my husband and teaching partner, and I first led a series of retreats at the Buddhist Retreat Centre in Ixopo, KwaZulu Natal during 1994/5, in an area bearing the brunt of a ten-year civil war, it was an initiation. Those holding power rarely support true democracy. Instead, it has to be fought for. Another glowering monster closer to home is the fight to sustain democracy here in the US. We are in this battle right now. If democratic rights are lost, it will have devastating consequences for climate justice, not only here but around the world. What does a battle we can’t afford to lose mean for us?

During the twelve years I trained as a Buddhist nun in the Thai Forest School of Ajahn Chah, the teaching I most took to heart was the brilliance of the Buddha’s Four Noble Truths. I value its instruction to actively meet suffering, explore its causes, and cultivate a path of non-suffering. In his talk “Two Kinds of Peace,” Ajahn Chah distinguished between the peace of meditative calm, or samadhi, which primarily depends on a tranquil environment, and the more profound peace that arises from wisdom. This deeper level of peace is transportable regardless of the internal or external context. To quote Ajahn Chah directly,

So, when the mind is at its most calm, what should you do? Train it. Practice with it. Use it to contemplate. Don’t be scared of things. Don’t attach. Developing samādhi so you can just sit there and attach to blissful mental states isn’t the true purpose of the practice. You must withdraw from that. The Buddha said that you must fight this war, not just hide out in a trench trying to avoid the enemy’s bullets. When it’s time to fight, you really have to come out with guns blazing. Eventually, you have to come out of that trench. You can’t stay sleeping there when it’s time to fight. This is the way the practice is. You can’t allow your mind to just hide, cringing in the shadows.

We must look directly at what is in front of us. The recent reports from the UN’s Intergovernmental Panel on Climate Change make it crystal clear we are on “Red alert” and “It’s now or never.” If we don’t act in support of systemic change, we will not avoid climate hellscapes becoming the norm. That knowledge is a challenge to us all. We have to act, not just as individuals but as a collective, which is a good thing. It means we have to think collectively and join the larger mass of people needed to tip the scales.

Even though hope for the future hangs by fraying threads, there is enormous potential in our ability to organize as Dharma practitioners and as citizens. Amid a world on fire, we have the skills to balance between hope and nihilism. This is not only a mindful practice but a heartful one. These are times when our hearts must lead. What do we truly love and can we commit to activism as a feat of love itself?

An essential motivation in these times is the intent, practice, and expression of the Bodhisattva path. What does it mean to show up as bodhisattvas in deep service to this sacred web of life? And what internal narratives and fears keep us from speaking out and standing up? As we face wars, flooding, fire, and the old ghosts of fascism, I want to advocate for a deeper inquiry that enables honest conversations about the monsters living beneath this “business-as-usual” and what we want to do about them.

They wail at the empty feast

Here I offer my grief,

your grief and all our grief

at this nearing last station

of our world’s end.

One way or another, we have reached a world end. In The Creation of Consciousness, Jungian Edward Edinger says: The breakdown of a central myth is like the shattering of a vessel containing a precious essence; the fluid is spilt and drains away, and meaning is lost. In its place, primitive contents are reactivated.

As our civilizational myth of endless growth and dominance over nature shatter, we either evolve or become dragged into a regressive free fall. In the intensity, we will likely feel everything possible to feel: grief, despair, wrath, disbelief, panic, and overwhelm. You name it, I’ve probably been there, and likely you have too. These days though, I’m also feeling something else shining through the anxiety and distress.

The Dharma points to the indestructible nature of mind, calling it “diamond-like.” In the Shurangama Sutra, a foundational Zen text, Quan Yin/Avalokitesvara Bodhisattva states this about her/his/their awakening, illuminating the fundamental nature of the Citta – mind/heart.

“Suddenly, I transcended the mundane and transcendental worlds, and throughout the ten directions, a perfect brightness prevailed. I obtained two supreme states. First, I united with the fundamental, wonderfully enlightened mind of all the Buddhas of the ten directions, and I gained a strength of compassion equal to that of all Buddhas. Second, I united with all living beings in the six paths, and I gained a kind regard for all living beings equally.”

While shadows are all around, there’s also immense light and tender love for the beauty, suffering, and all. This joyous lightness is the gift of the heart. Yet, we still have enormous hurdles to navigate, including the fears that hold us back.

The other day, going 70 miles an hour down the freeway, my mind was connecting the obvious dots. I’m flying along in a fossil fuel chariot with millions of others around the planet, speeding our collective demise. Even though caught in this fearsome web, I feel the determination to break the doom scroll of inevitability by committing fully to a different world. This pledge means releasing social fear, including an internalized quietism that Buddhist culture usually elevates over speaking out, keeping us complicit. Releasing these subtle oppressions in my body feels daring, like a wobbly yet liberating ascendency.

Despite the complexity we are navigating, I hope all our hearts can ascend from circling, freeze, flight, and fight so we can rise together, inspired by the spirit of those who fought for a better world, regardless of the odds. To break fossil fuel interests controlling the planet, it will take all the inspiration we can muster and us all rising together to shift out from under this dystopian descent.

It’s my practice to infuse a hopeful realism into my life and climate work, which currently is an initiative that came into being during the fires. Talking together with sangha friends, we decided to put climate action front and centre, an intention that morphed into PAEAN: Peoples Alliance for Earth Action Now. I chose the acronym before the name as it expresses the hope for millions of voices rising with joy, wild love, and courage to do what we can. Our by-line is Dharma Based Climate Action, People Rising Together for ReLOVEution. If it starts with a revolution within our hearts, all else will follow.

There always was, and still is

a horizon out to sea

beyond where the albatross

of our faded dream

lands on fields of plastic,

the wreckage or our waste

slips down her throat. *

Where storms in Africa

run their rivers through our soul

in the sunset of dying hope

spinning down to sludge

draining the water away.

Over and over again.

Be loyal to your true heart.

She will lead the way. 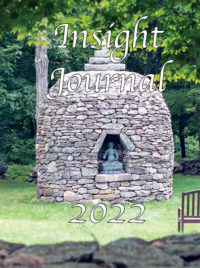