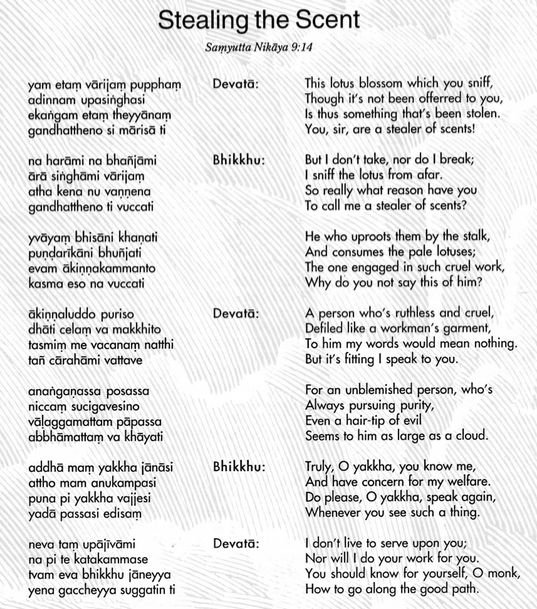 This lively exchange between a forest-dwelling monk and a benevolent deity is filled with poetic movement and gives us a glimpse of the care with which some people practiced in the time of the Buddha. Since the working definition of stealing was “taking what has not been given,” the Devata is correct—in a very strict sense. Notice that the monk at first reacts defensively, denying that he is doing anything wrong, and then tries to shift the blame to others who do even worse. After recognizing a veiled compliment, he finally realizes that the Devata is trying to help him, at which point he encourages further help. The Devata ends the exchange sharply, revealing an intriguing and capricious character who is willing to help, but only on his own terms. This is a role often played by nature spirits and other minor deities in the Pali texts. 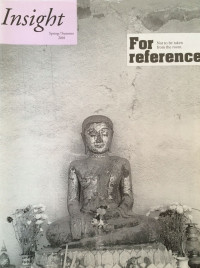 A Ripple in a Pond

Taking Responsibility for Our Thoughts: Reflections on the Vitakkasaṇṭhāna Sutta

The Wings of the Bodhisattva

The Distortions of the Mind: Aṅguttara Nikāya 4:49