On one occasion, when he was visit­ing his homeland among the Sakya clans, the Buddha is said to have given a significant discourse on the nature of ex­ertion and striving. The context of the discussion was his criticism of the Jain ascetic practices, so common in ancient India, but his remarks on the subject are of immense importance to the contempo­rary practice of insight meditation.

And how is exertion fruitful, bhikkhus, how is striving fruitful? Here, bhikkhus, a bhikkhu is not overwhelmed by suffering and does not overwhelm himself with suffering; and he does not give up the pleasure that accords with Dhamma, yet he is not infatuated with that pleasure. 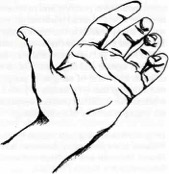 This is the dilemma: If we “try” too hard to practice meditation, if we delib­erately exert ourselves to “succeed” at the task, then we may tap into an entire complex of unwholesome conditioning so prevalent among Western students. “Striving mind” can be extremely coun­terproductive, unleashing a crippling self-judgment if we don’t match up to the goals we have set for ourselves. On the other hand, if we do not strive at all, and merely “go along” with whatever is aris­ing in all situations, then we may simply drift to wherever the “monkey mind” happens to take us. Our underlying ten­dency to pursue pleasure and avoid pain, left to its own devices, can result in our mindfully avoiding any significant transformation.

The Buddha’s profound teaching of the middle way, applied particularly to the dynamics of meditation practice, is the theme of this passage from the Devadaha Sutta (Majjhima Nikāya 101). The point is finding the right balance between ” striving with de­termination” and “looking on with equa­nimity.” Neither approach is correct all the time, but each can be used as a skill­ful technique for addressing certain men­tal states. The two approaches complete one another.

“Striving with determination” (saṃkhāram padahato) can mean disci­plining oneself in morality, as when one might want to cover up a misdeed by ly­ing or one might want to consume some­thing greedily. Through a certain strength of character or dedication to what we know to be right, we can some­times determine to do the proper thing, even though it means the acceptance of certain difficulties (as in the former case) or the renunciation of certain immediate pleasures (as in the latter). But in a more delicate way, such determined striving is also what we do when we gently return the wandering mind to awareness of the breath during sitting practice. The practice of meditation differs from an hour of spacing out on a zafu precisely in this quality of recollecting to return our attention to a primary object—again and again as it inevitably drifts off.

“Looking on with equanimity” (ajjhupekkhato), in the context of meditation practice, refers to the nonjudgmental quality of open, choiceless aware­ness, so crucial to bring to whatever en­ters the field of experience. Equanimity is described in Buddhist literature as that quality of mind that is in equipoise—nei­ther drawn to what entices nor shunning what is painful or disgusting, but bal­anced evenly amidst all phenomena. It is the perspective that allows us to open to the full spectrum of our experience—the pain in the knee as much as the songbird outside the meditation hall window, the beautiful thought of inspired insight as much as the ugly realization of per­sonal shortcomings—while holding it all with a selfless, mindful awareness.

Suppose, bhikkhus, a man loved a woman with his mind bound to her by intense desire and passion. He might see that woman stand­ing with another man, chatting, joking, and laughing. What do you think, bhikkhus? Would not sor­row, lamentation, pain, grief, and despair arise in that man when he sees that woman standing with an­other man, chatting, joking, and laughing?

“Yes, venerable sir. Why is that? Because that man loves that woman with his mind bound to her by intense desire and passion….”

“No, venerable sir. Why is that? Because that man has no attach­ment to that woman.”

Whether or not we would all find it quite so easy to simply abandon desire for a person we loved (or, as the story more precisely describes, a person with whom we were possessively infatuated), the point is that we look upon something very differently when we look with de­sire and with equanimity. Sometimes, the bonds of grasping are best loosened by this gentle technique of simple non­attachment. On the meditation cushion this is manifest as treating no arising object as more dear than another, but observing all phenomena with equal in­terest.

The story told in this sutta about striv­ing with determination is put in the lan­guage of turning away from what is plea­surable, even if it means temporarily opening up to what is painful. The point is that while this may seem difficult at first, it becomes easier as one become habituated to it, until it is no longer pain­ful at all.

Our mind may find pleasure in pur­suing its whimsical trains of thought into one story after another; and indeed it is the very pursuit of pleasurable experi­ence that leads the mind’s meandering. At first it may feel like a chore to retrieve the mind from its excursions and return it to the primary object of attention, but as we practice this we gradually get used to it and it can in fact become a most re­warding habit. This is just one example of how striving with determination, though interventionist in the short run, can before long lead to very beneficial re­sults.

Balance is the key. As we’re told in the Upakkilesa Sutta (M128), grasp a quail too tightly and it will die then and there; but grasp the quail too loosely and it will fly out of your hands. Or, as in the meta­phor of the lute string told by the Bud­dha to the monk Sona (A6.55), neither too much striving nor too much acquies­cence is as effective as tuning our method carefully to bring the factor of effort (viriya) into perfect harmony with the moment. 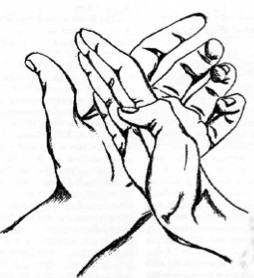 I follow the translation of Bhikkhus Nanamoli and Bodhi in The Middle Length Discourses of the Buddha, Wisdom Publications, Boston (1995), with some minor changes to the end of the 2nd passage. 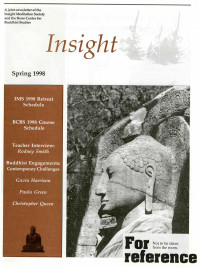 May All Beings Practice Dying

Flying in the Face of Death

Dharma on the Front Lines: Finding a Path

A Fourth Turning of the Wheel? Ambedkar Buddhism