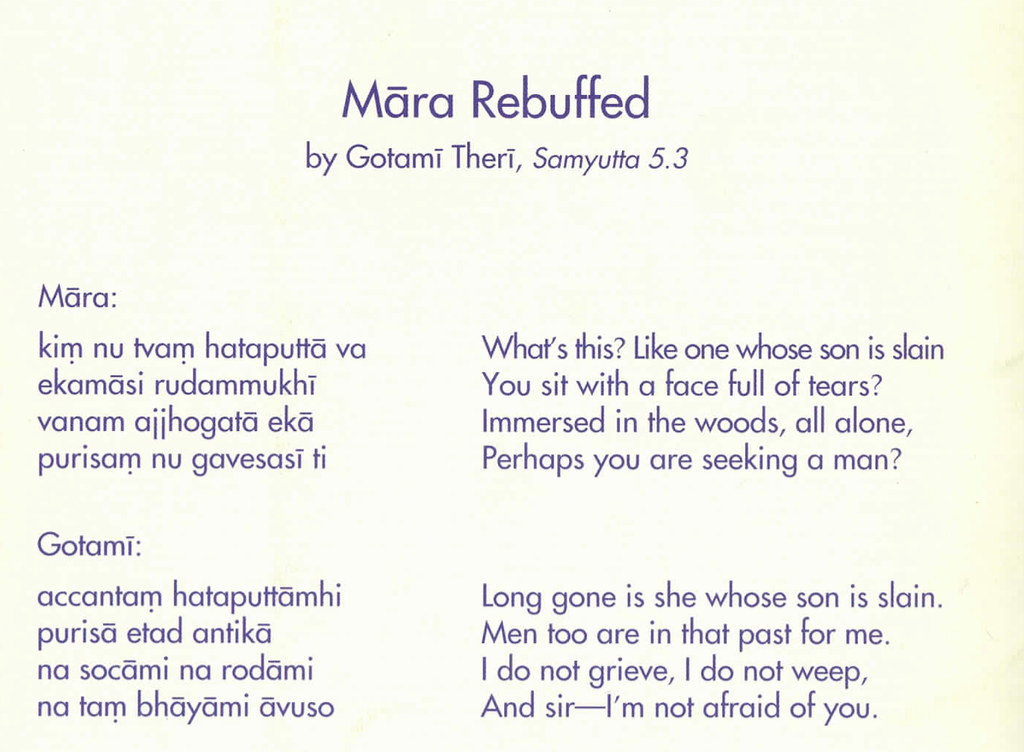 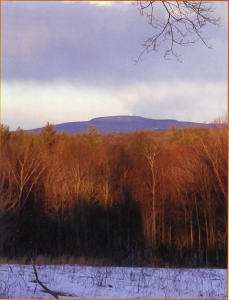 This poem is all the more remarkable when you know the story behind it. The Elder Gotamī is the very same KisaGotamī who was at the heart of the mustard seed tragedy.

As a young woman she was married into an abusive family, who scorned her for being so skinny (kisa) and for not bearing children. She finally did give birth to a fine healthy son, and was then treated well by her relatives. Alas the child had some sort of terrible accident as a toddler and was killed. This drove Gotamī mad with despair, and she wandered from place to place clutching her dead child and seeking medicine to heal him. Shunned by all, she was eventually pointed toward the Buddha, who sized up the situation immediately and asked her to seek mustard seeds from households who have not experienced death. This was of course impossible, and when Gotamī finally realized the universality of death and the fragility of the human condition, she was healed of her madness. Joining the order of nuns, she eventually became an arahant or awakened one.

In this exchange she is visited by Māra, a trickster figure in Buddhist literature, who may be considered the embodiment of evil or the personification of the shadow side of the human psyche. He obviously knows what buttons to push, and goes after both the personal tragedy in her past and the demeaning assumption that as a woman she must only be capable of happiness if she finds a man.

The Elder Gotamī is unmoved by Māra, and demonstrates she has achieved a state of such profound well being that even the tragic loss of her son is entirely healed. As an arahant, we are to understand the third line of her stanza to indicate she is beyond any kind of grief, not just the loss of her son. This point is triumphantly made when she addresses Māra as an equal (āvuso) and declares that she has no fear whatsoever of him. In the light of awakening, Māra, who thrives only in the shadows, is completely exposed, all unconscious tendencies and dispositions are revealed, and the mind is purified of every emotional affliction, including fear. We are told in the text that upon hearing her words, Māra becomes discouraged and vanishes on the spot. 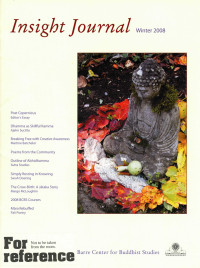