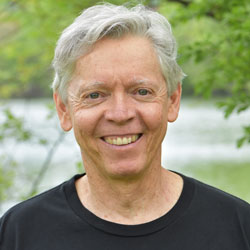 Michael Grady began practicing Insight Meditation with Joseph Goldstein and Sharon Salzberg in 1974 when they first returned from Asia. He has also been a student of the late Chan master Sheng Yen who taught the practice of Silent Illumination – a practice which emphasizes relaxing the body and mind while practicing awareness without expectations or an agenda. Michael is a Core teacher at IMS in Barre, MA and was a Guiding Teacher at the Cambridge Insight Meditation Center for more than 20 years. Having taught extensively in both intensive retreats and in an urban dharma center, Michael encourages an attitude towards practice which is wholistic – that all of life is viewed as an opportunity for awakening to freedom.