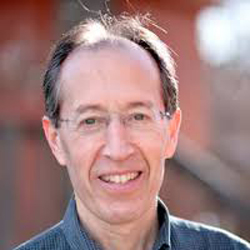 David Chernikoff, LCSW, M.Div., is a meditation teacher, spiritual counselor, and life coach who taught psychology and meditation at Naropa University for many years. In the early 1980s, he worked at Ram Dass’s Hanuman Foundation Dying Center in Santa Fe, New Mexico and then became the director of Mesilla Valley Hospice in Las Cruces, N.M. He later spent three years in Nepal doing public health development work for the Seva Foundation and studying with Tibetan Buddhist teachers. After returning to the U.S. he became the education and training director for the Spiritual Eldering Institute, now called Sage-ing International. In that role, he taught conscious aging programs throughout the U.S., in Canada, and in Ireland. David is currently one of the guiding teachers of the Insight Meditation Community of Colorado and has a private practice in Boulder.