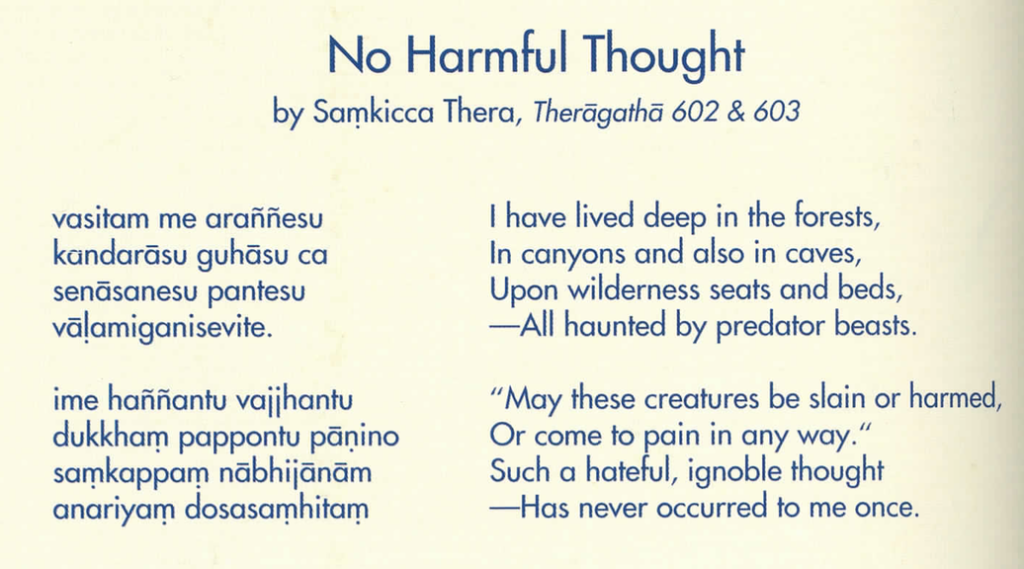 Is it really impossible to imagine that such an attitude is attainable? We so often hear such sentiments dismissed as idealistic or impractical. It seems taken for granted that humans are just hateful creatures, that animosity is an adaptive instinct and that “of course” we will hate those who threaten us. Who could blame us?

The Buddha was showing us a more noble way of being human. Yes, the impulse to lash out against those we fear does lie within us all as a latent tendency, and it is all too easily provoked. But if we indulge that reflex without awareness, we are operating at the level of the most primitive animal. The freedom to be human begins with the understanding that we need not act out all the inclinations arising within us. 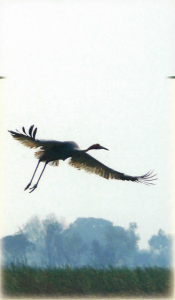 Just behind that first impulse towards greed, hatred and delusion lies a capacity for non-greed, non-hatred and non­delusion. When we let the first response blow through our mind and body as a breeze might blow through an empty house, perhaps noticing that it is occurring or even reflecting upon its texture and effects, we give a chance for other, more wholesome qualities to follow: generosity and non­attachment; kindness and compassion; insight and wisdom.

According to the commentary on the Therāgathā, from which these stanzas are taken, the elder Samkicca modeled this noble attitude in quite dramatic ways. Once, when a gang of robbers came upon his forest-dwelling community demanding a victim for sacrifice to a local forest spirit, Samkicca insisted they take him. He submitted willingly to their sword, and we can assume from his verses above that he did this with a mind free of animosity. The robbers were so moved by his example that they renounced their murderous ways and wound up ordaining as Buddhist monks under Samkicca.

I know it sounds a bit implausible, but I see this as a story of hope, honoring the better part of human nature. Not only did Samkicca himself demonstrate astonishing courage and altruism, but more significant was the transformative impact this had on the robbers. Perhaps we are not in a position to take things to this extreme, but I can’t help but wonder what incremental, cumulative effect 10,000 little acts of good will and loving-kindness might have on bringing out the best in ourselves and others. 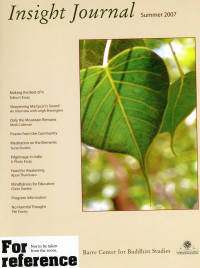 Making the Best of It

Only the Mountain Remains: Practicing in Nature

Food for Awakening: The Role of Appropriate Action

Meditation on the Elements (Majjhima Nikaya 62)