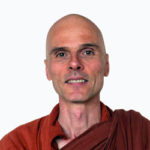 Bhikkhu Anālayo is a scholar-monk and the author of numerous books on meditation and early Buddhism, such as Satipatthāna: The Direct Path to Realization, Perspectives on Satipatthāna, and Satipatthāna Meditation: A Practice Guide. He is a Faculty Member at the Barre Center for Buddhist Studies, where he has been in residence, since 2017, having retired from being a professor at the Numata Center for Buddhist Studies at the University of Hamburg. His main area of academic research is early Buddhism, with a special interest in the topics of meditation and women in Buddhism. At the Barre Center for Buddhist Studies, he regularly teaches residential study & practice courses, participates in online programs, and undertakes research into meditation-related themes.  You can find links to Bhikkhu Anālayo’s freely offered teachings and guided meditations, as well as a list of his publications, here. 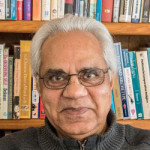 Mu Soeng is Scholar Emeritus at the Barre Center for Buddhist Studies, where he served as administrative director, program director, and as faculty member for almost thirty years.  He trained in the (Korean) Zen tradition and was a monk for eleven years. Mu Soeng is the author of Thousand Peaks: Korean Zen (Tradition and Teachers); The Diamond Sutra: Transforming the Way We Perceive the World; Trust in Mind: The Rebellion of Chinese Zen; The Heart of the Universe: Exploring the Heart Sutra; and most recently, The Question of King Ajātasattu: Fractured Narratives of the Samaññaphala Sutta; he is also co-author of Older and Wiser: Classical Buddhist Teachings on Aging, Sickness, and Death.

A pdf version of this interview can be downloaded here.

Mu Soeng: Bhante, you have chosen to live in a way that is not common, even among Western Buddhist monastics: six months each year you are on silent retreat; the other six months you are on silent retreat five days a week, speaking with others only in an arranged meeting the other two days; devoting yourself intensively to scholarship during those days when you are not in retreat; eating only one meal a day; not eating or drinking anything other than water for the rest of the day; not traveling around, but staying in your cottage at BCBS. Can you share with the readers of the Insight Journal your inspiration for doing this?

Bhikkhu Anālayo: I think this is pretty much the traditional way of life among forest monastics in Asian traditions, that is, giving all priority to meditation practice and adopting some of the ascetic practices that suit one, such as taking only a single meal. Actually, I know several monks in Sri Lanka who live in a way that is considerably more austere than myself.

For example, some monastics follow the sitter’s practice, committing not to lie down to take a rest. I have friends who have done that for months, something I would not be able to do for more than a single night, I think. Another of my monk friends likes to spend the night in cemeteries, and those cemeteries in Asia are wilder and more challenging than what we have here in the West. Another very impressive monk, who recently passed away, lived all the time in the forest, accepting only huts that had three walls rather than four. He wanted to stay in continuous contact with the forest. When I asked him about mosquitoes (as he did not use a mosquito net), he just looked at me and said: “After about three years, you won’t feel them anymore!” Well, I admit I still keep using mosquito nets and repellants; three years of patiently bearing up with being bitten all the time were a bit too much for me. So, I do not think there is anything particularly special in how I live; there are plenty of others who are much more impressive in this respect.

Actually, eating only one meal each day, or at least adopting intermittent fasting by not taking food from noon until the following morning, is very useful for meditation practice and also for health.

The pattern of five days of meditation per week is a real luxury, and I am so grateful to the board, staff, and supporters of BCBS for making this possible. I have, throughout my monastic life, tried to make sure that I spend enough time in meditation, simply because I know my mind really needs a lot of practice to get out of all of its unwholesome patterns. Back in Sri Lanka I would dedicate half the day to my studies and communications with others (those days we fortunately did not yet have email and the other time-consuming communications we have now), then retreat and spend the other half in silent practice. Later, when coming to the West, I was able to do three consecutive days every week in silent practice, eventually building up to four, and now it is five days a week. It is such a boon, and I can see how it really benefits me and helps me to better support others in my teaching and other activity. The more I can clear out my defilements, the more compassionate and open I can be when sharing the practice with yogis. This is one of the things that I feel is sometimes missing in the West, a clear awareness of the need to dedicate ourselves wholeheartedly to silent formal practice as much as possible.

Mu Soeng: Do you have any thoughts about how your chosen lifestyle may resonate with Buddhist practitioners in the West?

Bhikkhu Anālayo: The lifestyle as such is simply what fits my own personal situation. However, I do hope that my enthusiasm for mindfulness, be it in daily life or formal meditation, will inspire others. This is a lifelong love affair; sati is such an extraordinary and transformative quality. The more time we can be with her (sati is feminine in Pāli), the happier we live and the more beneficial it will be for all those who come in contact with us.

In my understanding of the teachings, mindfulness is really a key discovery of the Buddha. Of course, the groundwork in morality must be in place, but an emphasis on ethical conduct was already there in the ancient Indian setting.  The Buddha’s innovation was to direct attention to the mind as the source of moral conduct. Another important ingredient is concentration, but that also was something known and practiced before the advent of the Buddha; the absorptions and the immaterial spheres were clearly already being attained by others. This is evident, for example, in the description that the future Buddha developed deep attainments of the third and fourth immaterial spheres under two ancient Indian teachers. The key contribution by him, as far as I can see, is the cultivation of liberating wisdom, which is intrinsically interrelated with mindfulness practice. The potential of mindfulness to be liberating appears to have been a central discovery of the Buddha. It is by learning to remain aware and watch, recognize, and acknowledge, that our wisdom deepens and gradually leads us to ever increasing levels of freedom. So, I do hope that my wholehearted dedication to mindfulness will rub off on others.

Mu Soeng: Your chosen lifestyle is one of living with the bare minimum but you are also a teacher in a culture that makes the pursuit of gratification almost mandatory as a definition of a “good life.” How do you advise others in negotiating this conundrum?

Bhikkhu Anālayo: You are quite right about the general orientation of our culture, but in view of climate change there is a dire need to revise that. The way we live now on this planet is going to lead to the extinction of humanity unless we quite radically change our pursuit of gratification and learn to conceive of the “good life” in different terms. The earth is not able to sustain the rapacious greed of our consumerist society. As the Dalai Lama rightly said: “This planet is our only home.” There is no alternative. Therefore, it is of utmost importance that we all find ways of bringing an element of renunciation into our lives. That need not be as radical as the lifestyle adopted by forest monastics. But each of us can take a step in that direction, realizing that we all have a responsibility toward the future. We cannot pass on this environment in a condition that makes it impossible for our children and grandchildren to live a happy life. On top of that there is the drastic inequality in the distribution of wealth and means to make a livelihood in the world. This makes it all the more important that we reorient ourselves, that we value renunciation over consumerism.

Mu Soeng: As a scholar-monk, you work in a highly specialized area of comparing Pāli Nikāyas and Chinese Āgamas. How would you describe the value of this specialization to an average Buddhist practitioner in the West?

Bhikkhu Anālayo: This is a topic that I have to some extent tried to express in my recent book on Superiority Conceit in Buddhist Traditions. The main point is that pretty much all Buddhist traditions believe they are the true heirs of the historical Buddha. Since they hold quite different views, however, it seems that not all such claims can be true. So the question arises: What did the historical Buddha actually teach? In order to answer that question, the most promising approach is to rely on the modes of knowledge production that we have developed in Western academia. Just as a comparison of the Gospels can bring us closer in time to the life of Jesus, so a comparison of different orally transmitted textual recordings of teachings by the Buddha and his disciples can bring us closer to them in time.

These teachings were originally given orally and at those times they did not use writing, so the teachings were passed on from generation to generation by oral transmission. One such lineage of transmission reached Sri Lanka in a language called Pali. Other such lineages went from India to Central Asia, some of which we can access in fragments in Sanskrit or in a language called Gandhari. Still others survive in Chinese and Tibetan translation. Discourses extant in this way are equal testimonies to the earliest period of Buddhist thought that we can still access nowadays. Comparing the different versions of a particular teaching helps to discern what is earlier and what is later, and thereby improves our understanding of the early stages in the development of Buddhism. This provides an important backdrop for our own personal understanding and practice.

It does not mean that only what is early should be accepted; that would be absurd. There is so much beauty in later Buddhist traditions, so much of value and benefit. The point is that the historical perspective enables us to contextualize things, to understand them better. This in turn facilitates holding whatever tradition or practice we have adopted in a light manner, without clinging to it and without assuming that only we got it right and others must all have gotten it wrong.

The key throughout is non-identification, I think. We do what we have chosen to do, but no need to make a production out of it, to create a sense of superiority over others. The tool for putting that into practice, of course, is none other than … mindfulness. 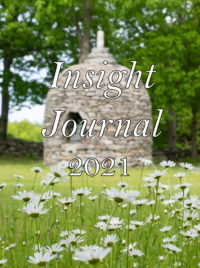