In modern day meditation circles, different understandings of mindfulness frequently exist side by side. Finding a meaningful way of relating one form of mindfulness to another can provide a model for coming to terms with the variety of Buddhist teachings nowadays available in the West.

The problem faced by many Western practitioners is by no means new in the history of Buddhism. The Chinese also had to grapple with an amazing variety of teachings received piecemeal from India. While claiming to stem from the same teacher, these teachings exhibited considerable variety and at times even contradicted one another. In ancient China this resulted in various taxonomies attempting to accommodate the diversity of the teachings within a coherent system that could be attributed to a single teacher: the Buddha (Mun 2006).

In the contemporary setting, finding a skilful way to handle the teachings of different Buddhist traditions is essential for avoiding a dogmatic holding up of any single tradition as the only correct approach. According respect to all Buddhist traditions and to the uniqueness and value of their respective teachings provides an indispensable foundation for the flowering of precisely the mental balance and detachment that should result from practicing in any of these traditions.

Compared to the situation in ancient China, in the modern West there is an additional advantage when grappling with the same basic problem. Our knowledge of Buddhist history and the development of Buddhist philosophy does not depend entirely on the self representations of the various Buddhist traditions. In addition, academic research from the field of Buddhist Studies can inform us about the historical background of central Buddhist ideas like mindfulness.

Besides the six types of consciousness related to the six senses recognized in all Buddhist traditions, Yogācāra thought identified another type of consciousness, the “storehouse consciousness” (ālayavijñāna). This storehouse consciousness functions as a repository for the seeds of former deeds through the process of rebirth in saṃsāra. Another notion relevant to the present context is the arising of the idea of the womb of the Tathāgata, tathāgatagarbha, and its relation to the notion of an original pure mind. 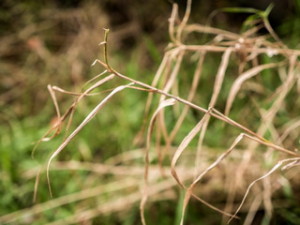 Leaving aside other aspects of the complex constructs of the storehouse consciousness and the womb of the Tathāgata, what matters in particular for the present context is the positing of a continuity that serves to fill a gap created by the doctrine of the momentary nature of all phenomena. According to this theory of momentariness, a theory held in common by different Buddhist traditions, phenomena disappear right away, as soon as they have appeared. The positing of such momentariness involves a radicalization of the doctrine of impermanence that makes it difficult to explain the empirically self-evident fact of continuity. Faced with the same problem, the Theravāda tradition found a comparable solution in the notion of a subliminal mind, referred to as the bhavaṅga citta, which serves to provide the basis for mental continuity and the fruition of karma.

The doctrine of momentariness fully manifests only after the closure of the canonical Abhidharma collections (von Rospatt 1995: 15–28). The main thrust of this doctrine appears to stem from a concern with a single moment of time that is already evident in the canonical Abhidharma traditions themselves. This concern in turn seems to be a by-product of the Abhidharma attempt to systematize the teachings of the recently deceased Buddha into a coherent whole by providing a complete map of the Dharma. Such an attempt naturally focuses on a single moment of experience, simply because it would be considerably more challenging to try to do so for a changing process over a longer period of time.

For any Buddhist tradition whose approach to meditation practice has its doctrinal foundation in the notions of the storehouse consciousness or the tathāgatagarbha, for example, an understanding of mindfulness aimed at recognizing a continuity that corresponds to these notions is eminently meaningful. In such a context, this is indeed a skilful means.

The same does not hold, however, for Buddhist meditation practices based on different doctrinal foundations. In the case of early Buddhist thought, for example, mindfulness as well as consciousness are seen as conditioned and impermanent. Mindfulness, sati, is not present in every state of mind, but instead needs to be brought into being (Anālayo 2013: 181). From the viewpoint of early Buddhist thought, mindfulness cannot be considered a constantly present property of the mind that just needs to be recognized. 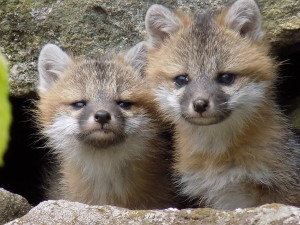 In early Buddhist thought the aggregate of consciousness (viññāṇa) would correspond to a constantly present quality of knowing. Yet, the Greater Discourse on the Destruction of Craving (Mahātaṇhāsaṅkhaya-sutta) records the Buddha severely rebuking a monk for holding a view that implies a permanent and unchanging form of consciousness (Ñāṇamoli 1995: 350). The Chinese Āgama parallel reports the same. Early Buddhist thought considers the inherent drawback (ādīnava) of consciousness to be precisely its impermanent nature. Recognizing this impermanence was part of the insight that reportedly led the Buddha to awakening (Bodhi 2000: 874). Once awakened, the Buddha is on record for explicitly clarifying that the six senses and their objects constitute a comprehensive “all”, and that there is no way of positing something in addition to this “all” (Bodhi 2000: 1140). Both of these statements are also found in the Chinese Āgama parallels. Taken together, they would not leave room for positing a seventh or eighth consciousness in addition to the six types of consciousness related to the senses, all of which are of a changing nature.

For a practitioner operating within an early Buddhist doctrinal framework, the notion that there is a constantly present form of awareness that needs to be recognized and which equals the liberated mind would therefore not be a skilful means. Such a notion runs contrary to the thrust of early Buddhist insight practice, which is to see that all aspects of personal experience are subject to the law of impermanence.

Nevertheless, this does not mean that practitioners of early Buddhist meditation cannot benefit from an exposure to aspects of the Great Perfection. This holds in particular for the practice of “cutting through” (khregs chod), whereas the “crossing over” (thod rgal) would probably not be of relevance for someone who does not aim at attaining a rainbow body. Even for an exposure to the practice of “cutting through” to have beneficial effects, however, the meditative experience would need to be divested from some of its underlying metaphysical assumptions. In particular, it would need to be accompanied by an understanding that the form of awareness experienced is itself impermanent.

For practitioners of the Great Perfection, it could similarly be beneficial to engage in certain aspects of a mindfulness practice that involves the use of concepts and labels. Such labeling can come in handy during preliminary stages of meditation before one becomes proficient in just resting in natural awareness. Nevertheless, such use of labels needs to be left behind as soon as it has fulfilled its preparatory purpose in order to be able to rest in a non-dual form of awareness that is completely free from any concepts.

What all this boils down to, then, is the need to contextualize skilful means. The basic recognition that the variety of Buddhist teachings on mindfulness and on other aspects of the Dharma are different forms of skilful means can lay a solid foundation for mutual respect among Buddhist practitioners and help to avoid any tendency toward dogmatic factionalism. Once this foundation is securely in place, in the present setting in the West a further step can be taken. This step, informed by academic research into the history of Buddhist philosophy and practice, sees all of these skilful means as products of a particular historical and cultural setting. For those who choose to practice within the framework of the particular tradition out of whose historical and cultural setting they originally arose, these practices are skilful means. These practices and concepts, however, do not automatically assume the same function when transposed into a different setting. Whereas their basic status as skilful means should never be denied, for them to perform this function requires clear recognition of the setting within which each practice can fulfill its full potential. 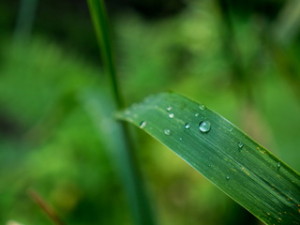 For the evolving Dharma in the West, the knowledge available from academic research into the history of Buddhism could become the basis for constructing a comprehensive vision capable of holding the different Buddhist traditions. Acquaintance with a basic outline of the history of Buddhist philosophy as reconstructed by academics in the field of Buddhist studies can provide a helpful framework for Dharma teachers and practitioners. Such a historical outline can make it possible for practitioners to locate their personal practices within a meaningful overarching framework that, in line with a central Buddhist dictum, is as much as possible in accordance with reality.

Unlike ancient China, which received Buddhism mainly from India, the Dharma has come to the West from a wide range of different countries and traditions. In this situation, we better avoid the presumption that the purely accidental condition of how the Dharma reached the West should somehow result in a superior synthesis of all Buddhist teachings that surmounts the narrow confines of traditional Buddhist cultures. Such a presumption would all too easily fall in line with centuries of Western colonial arrogance vis-à-vis Asian Buddhist countries. Instead, all forms of Asian Buddhism, however outdated some of their rituals and observances might seem to the Western eye, need to be accorded respect as manifestations of the teachings of the Buddha. The Dharma in the West is just another such tradition, inevitably influenced by local cultural forces and beliefs ― in the present case, in particular, secular values ― as is the case for all other Buddhist traditions. As a result of such influences, some aspects of Buddhism in the West can appear as outlandish to Asian Buddhists as traditional forms of Asian Buddhism may seem to the average Western practitioner.

The middle way approach that emerges from all this is one that does not dogmatically assert the correctness of one tradition over another, be this a form of Western Buddhism or any particular Asian tradition. Such an assertion would be one extreme. Nor does such a middle way approach try to amalgamate all traditions indiscriminately into a single form of practice without sufficient sensitivity to their historical origins. This would be the other extreme. Instead, various practices can, if employed with sensitivity to their original historical contexts and purposes, inform the evolving Western Buddhisms (plural). This can have its basis in the understanding that each tradition has its own rightness and correctness when and as long as it is employed within the philosophical and practical context out of which it arose. In relation to the various constructs of mindfulness the question to be asked would then not be “Who is right?” but rather “What is right for me?”

Bodhi, Bhikkhu 2000: The Connected Discourses of the Buddha, A New Translation of the Saṃyutta Nikāya, Boston: Wisdom Publication.

Mun, Chanju 2006: The History of Doctrinal Classification in Chinese Buddhism, A Study of the Panjiao Systems, Lanham: University Press of America.

Ñāṇamoli, Bhikkhu 1995: The Middle Length Discourses of the Buddha, A Translation of the Majjhima Nikāya, Bhikku Bodhi (ed.), Boston: Wisdom.

von Rospatt, Alexander 1995: The Buddhist Doctrine of Momentariness: A Survey of the Origins and Early Phase of this Doctrine up to Vasubandhu, Stuttgart: Franz Steiner Verlag. 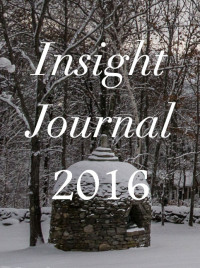 The Work of Diversity: A Deeper Engagement

The Work of Diversity: Getting Messy, Getting Uncomfortable

Vedanā Part 2: Addressing Views and Clinging at the Source

Vedanā Part 1: Addressing Views and Clinging at the Source

Practicing Your Way Out of Doubt, Synthesizing Styles, and the Underground Abhidhamma

Coming Clean on Diversity and Staying in Love with Practice

The Convergence of Vedanā, Our Mammalian Physiology, and Awakening

Vipassanā, the Three Characteristics, and the First Satipatthāna

Urban Hermit: A Different Way of Being in the World