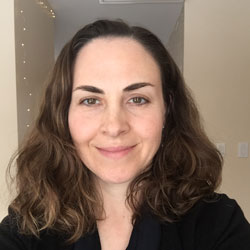 Karin Meyers (Ph.D., University of Chicago) is Academic Director of Mangalam Research Center in Berkeley. She has taught courses in Buddhist and religious studies at several colleges in the US (most recently, Smith College), and for seven years at Kathmandu University and Ranjung Yeshe Institute’s Centre for Buddhist Studies in Nepal, where she also served as director of the Masters Program in Buddhist Studies. She first became acquainted with engaged Buddhism when she worked for the International Campaign for Tibet and Buddhist Peace Fellowship in the late 1990s, and recently returned to these roots organizing Extinction Rebellion Buddhists in Boston and Central Massachusetts. In 2019 she served as Retreat Support Fellow at the Insight Meditation Society. Her current focus is writing, teaching, and hosting conversations between academic Buddhist Studies scholars and Dharma practitioners with the intention to support and inspire engaged Buddhist responses to pressing social, political, and ecological crises. Her Dharma practice is rooted in Theravāda and Tibetan Buddhism.