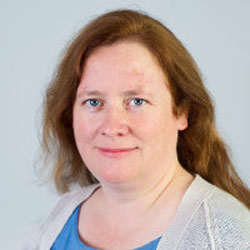 Kate Crosby is the Numata Professor of Buddhist Studies at the University of Oxford. Previous posts held by her include Professor of Buddhist Studies in the Department of Theology and Religious Studies at King’s College, London, and Seiyu Kiriyama Reader in Buddhist Studies at the School of Oriental and African Studies, London. She has also held visiting post at McGill in Montreal, Dongguk in Seoul, the Buddhist Institute, Phnom Penh and Fo Guang University, Jiaoxi, Taiwan. Her main research interest is the literature, history, and practice of Theravada Buddhism throughout Asia, reflected in publications such as Theravada Buddhism: Continuity, Diversity, Identity (2013), Traditional Theravada Meditation and its Modern Era Suppression (2014) and Variety in Theravada Meditation (ed. 2019). Her translations of Sanskrit literature include the Bodhicaryāvatāra (1995), and Mahābhārata: The Dead of Night & the Women (2009).