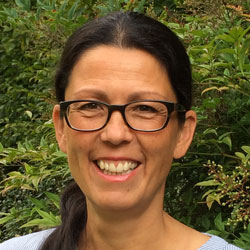 Jaya Rudgard began meditating in 1984, after first hearing the dharma at Chithurst from Ajahn Sumedho and Kittisaro. After graduating from Oxford she trained as a lawyer in the City of London but left to spend eight years as a nun at Amaravati and Chithurst monasteries. She has been a student of Kittisaro and Thanissara and their Kuan Yin practices for many years. A graduate of the Spirit Rock and IMS teacher training, she has been teaching retreats internationally since 2014, and also works with Oxford University’s Mindfulness centre and the Mindfulness Network in the UK. Aside from teaching dharma she also teaches qigong, and loves the somatic as well as the devotional dimensions of chanting and bowing practices, and the way that chanting brings the ancient Pali texts to life.