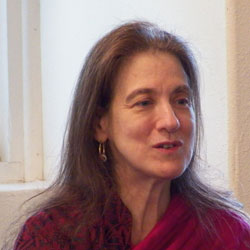 Anne C. Klein/ Rigzin Drolma is Professor and former Chair of the Department of Religion at Rice University. She is also a Lama in the Nyingma tradition, and in 1996 co-founded Dawn Mountain, a center for Tibetan Buddhism. Her scholarly dharma training includes personal textual and contemplative study with leading Geluk, Nyingma and Bon masters. Her Dzogchen teachers include the late Khetsun Sangpo Rinpoche of Nepal, who gave her rein to teach in 1994 after she completed her first dark retreat under him. Since 1999 she has been supported in her dharma teaching and personal retreats by AP Rinpoche of Tibet, who named her a Dorje Lopon in 2009. Her seven books include Heart Essence of the Vast Expanse: A Story of Transmission, Meeting the Great Bliss Queen, and a translation of Khetsun Sangpo Rinpoche’s only work on Dzogchen, Strand of Jewels. Her next book Being Human and a Buddha Too, is an extended reflection on Longchenpa’s seven trainings and dzogchen, coming out from Wisdom mid-2022.