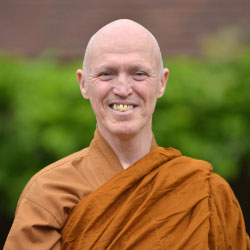 Ajahn Sucitto became a bhikkhu in Thailand in 1976 but returned to live in his native England in 1978, where he has been involved in the founding of several monasteries in the Thai Forest lineage of Ajahn Chah. After being the Abbot of Cittaviveka (Chithurst Buddhist Monastery) for 22 years he is now focused on enjoying the Dhamma. As part of that he offers teachings and retreats.